An Administration Police Officer receives medical asistance from a Doctor.Heart attack cases are increasing in the country. Photo/Business Today-File

We treat our hearts as special organs and that could be why losing your significant other is figuratively referred to as heartbreaks.

In this season of love, Kenyans are protecting themselves from heartbreaks but are they really insulated from real heart risks. Most of us are not really protected from risky heart diseases like Heart attacks and Hypertension.

According to Dr. Joshua Orwa, a heart specialist and Medical Superintendent at Bliss Healthcare, there is a great lack of focus on dealing with heart diseases in the country. Orwa mentioned that both private and public hospitals in the country do not have what it takes to deal with heart attack cases.

“It is very possible that even if one got a heart attack within the compound of many Kenyan health facilities, they might still die from it because quite a good number of our facilities lack equipment such as ECG (Electrocardiogram) machines to definitively diagnose it and other resources to treat it including some drugs or the specialists who are in quite short supply,” Orwa told a Business Today reporter.

In developed countries, these devices are even available in public spaces like airports, train stations, and buildings. The devices are as important as having a fire extinguisher in any building or public space.

See Also>> Love at First Swipe: Where is The Love in The Hugely Commercial Valentine’s Day?

Dr. Orwa says that heart attack cases are slowly raising but the government is yet to invest in facilities that can tackle a heart attack.

13% of autopsies done in Kenya reveal that cardiovascular diseases were the cause of death. With those statistics, it does make sense why, from a public health perspective, the government will focus more on infectious diseases but it also builds a case for an increased emphasis on heart diseases.

How to Protect Yourself

A heart attack occurs when there is an interruption in blood flow to the heart and causes death to the part of the heart muscle that has lucked oxygen supply. According to Dr. Orwa, people who are well over 40 stand a higher risk of getting a heart attack than the younger generation.

“The people more at risk of getting heart attacks include men who are over 45 years, women over 55 years, tobacco users, people with high blood pressure, obesity and/or diabetes. Other risks include lack of physical activity, family history, and psychological stress,” Orwa noted.

The symptoms of a heart attack vary from one person to another but the most common one id chest pains. Dr. Orwa added that chest pains associated with heart attacks are usually crashing in nature usually triggered by exertion and relieved when one rests.

“The best way to prevent or reduce the risk of getting heart attacks is to avoid the modifiable risk factors. These measures including stopping tobacco use, maintaining a healthy weight, consistently and appropriately following your doctor’s advice and taking medications if you are hypertensive or diabetic,” Orwa advises. 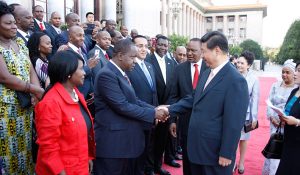