Director of Public Prosecutions Keriako Tobiko has allowed the prosecution of Safaricom Consumer Business Unit Director Sylvia Wairimu Mulinge for causing death by dangerous driving in relation to an incident that occured in February this year.

According to a charge sheet prepared by the Kenya Police, Mulinge is to be prosecuted for causing an accident along the Southern Bypass in Nairobi during which she knocked down a pedestrian, namely, Mary Kusa Etale, who was crossing the road causing the minor’s death.

She is alleged to have been speeding and dangerously driving the vehicle, a Toyota Prado, without consideration to other road users at the time of the accident.

Here is the charge sheet: 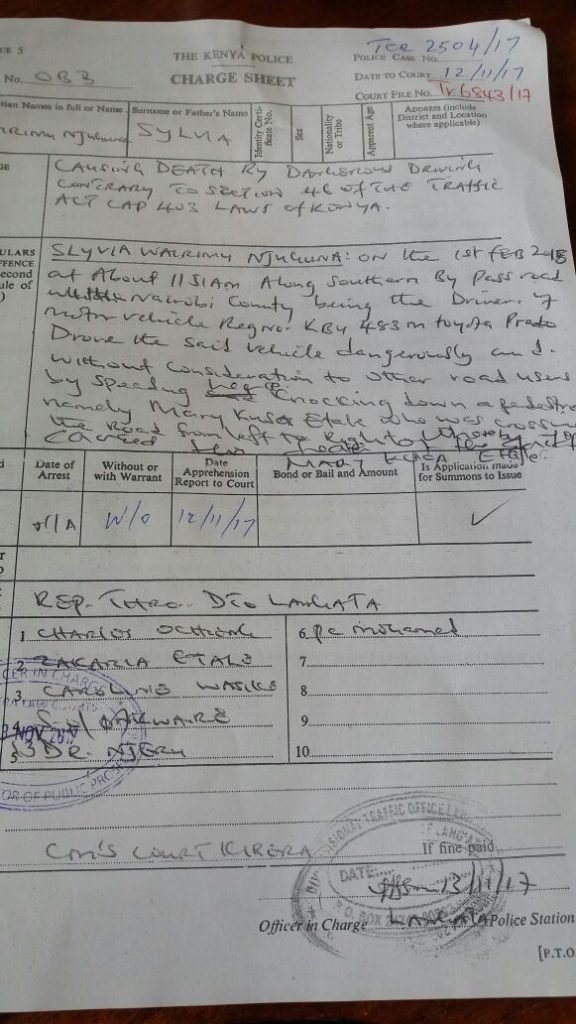 According to the DPP’s office, Mrs Mulinge is to appear in court on November, 2017 to plead to charge of causing death by dangerous driving.

Tobiko had launched a probe into the accident following a petition into alleged mishandling of the case by police investigators amid claims Mulinge wanted the matter settled out of court.