Barclays Bank of Kenya, now Absa, in its defence, told the court that each of the employees was paid their send-off packages. [ Nairobi News ]

The court of Appeal has reversed a High Court decision that had awarded 105 former employees of Absa Bank Ksh600 million following their sacking more than nine years ago, literally a financial fortune from their jaws.

In 2018, the High Court gave Barclays Bank of Kenya (now Absa Kenya) 30 days to pay 105 senior managers it retrenched seven years ago a total of Ksh600 million. The former employees won the case in which they questioned the computation of their final dues.

Justice Mathew Nduma Nderi, of the Employment and Labour Relations Court, said that the lender discriminated against the workers in the manner in which it computed the amounts.

“This court concurs with lawyer Titus Koceyo that their rights were violated and that they were discriminated against by their employer in the manner it tabulated their exit emoluments,” Justice Nderi said.

“In its own discretion, the bank granted the claimants one-and-a-half months’ salary for each completed year of service and also used its discretion to cap the number of completed years payable to each of the former bankers,” he said.

SEE >> These Kenyans Just Made Billions After Selling a Bank

Ms Agnes Wachu Wamae and 104 others were waiting for the appellate court decision with bated breath until it became clear the award had been struck out.

Three appellant judges declared the award was not legally justified. The former employees were declared redundant in December 2010. But as they left their jobs, they questioned the manner in which the computation of their final dues was conducted.

Barclays Bank of Kenya, now Absa, on their defence, told the court that each of the employees was paid their send-off packages. Justice Nderi’s ruling was dismissed by the appellate court for lack of merit. [ mahakamani.news ]

NEXT >> Poor Dad, Rich Dad – Not So Rich Parents Locked Out of School 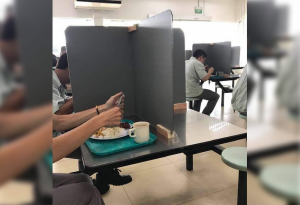