Refugee filmmakers were awarded laptops and cameras as motivation to continue telling stories of life within the Kakuma and Dadaab refugee camps.

A gala event which took place on September 28 at the Tribe Hotel, Nairobi saw the culmination of the 11th edition of the annual FilmAid festival. A three week long screening event had seen FilmAid media trainees from Dadaab and Kakuma refugee camp showcase their films which centered on life at the refugee camps.

Out of a total 1,500 film submissions at this year’s festival, 15 were selected for screening at the camps and in Nairobi.

Speaking during the gala, FilmAid Executive Director Keefe Mureen said, “We were thrilled with the submissions we got this year, the numbers improved significantly and this shows our commitment and vision of informing, inspiring and empowering refugees and marginalized populations is bearing fruit”.

The theme for this year’s theme festival was “My story My voice Your move” in a move termed by the organisers as a non-confrontational demand for dialogue. The theme also sought to promote a self-confident assertion that refugee voices be included in any dialogue about their lives and their future.

The media trainees also engaged in panel discussions with various stakeholders in the film industry and humanitarian organisations.

Some of the winners from this year’s festival included-

Aden Abdullahi Abdi – The Other Dadaab

Rey Egide Bulambo – Why Me

You Can’t Hide From the Truth

Amina Rwimo – It has Killed My Mother 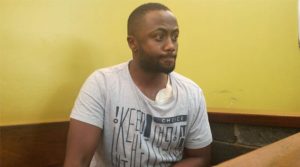