Opposition leader Raila Odinga’s appointment by the chairperson of the African Union Commission, Moussa Faki Mahamat, as High Representative for Infrastructure Development in Africa will see him take charge of the continental body’s drive to expedite the integration of the continent through infrastructure, in order to promote economic growth and sustainable development.

It comes against the backdrop of renewed efforts in this regard, as exemplified by the adoption, last March in Kigali, of the Agreement on the African Continental Free Trade Area (AfCFTA) and the Protocol on Free Movement of Persons and the African Passport, as well as by the launching of the Single African Air Transport Market (SAATM), in Addis Ababa in January 2018.

In his new role, Raila will work to support and strengthen the efforts of the Commission’s relevant Departments and those of the Planning and Coordinating Agency of the New Partnership for Africa’s Developpement (NEPAD), within the framework of the Programme for Infrastructure Development in Africa (PIDA), which was endorsed by the Assembly of the Union in January 2012. In this respect, his mandate includes mobilising further political support from Member States and the Regional Economic Communities (RECs) and facilitating greater ownership by all concerned stakeholders on the continent. He will also support the Commission and NEPAD initiatives to encourage increased commitment from development partners.

In the discharge of his mandate, and building on the work and leadership of the PIDA Presidential Infrastructure Champion Initiative (PICI), Raila will pay particular attention to the missing links along the transnational highway corridors identified as part of the Trans-African Highways Network, with a view to facilitating their development and modernisation. He will also focus on the continental high-speed train, which is one of the flagship projects of the First Ten-Year Implementation Plan of Agenda 2063, in the context of the relevant African Union decisions. He will interact with the current Champions of related African Union initiatives and seek their guidance, to ensure the required synergy and coherence.

“The Chairperson of the Commission is grateful to Honorable Raila Odinga for accepting this important assignment. He brings with him a rich political experience and strong commitment to the ideals of Pan-Africanism and African integration, as well as a deep knowledge of infrastructure development. Honorable Odinga has served in a number of critical positions in a career spanning more than forty years. In addition to having been a Member of Parliament, he has held important ministerial portfolios, including Energy, Roads, Public Works, and Housing between 2001 and 2005. He has also served as Prime Minister of Kenya from 2008 to 2013,” the AU Commission said in a communiqué.

“The Chairperson of the Commission expresses appreciation to President Uhuru Kenyatta for his support to this decision, consistent with his commitment to African integration. He looks forward to the full cooperation of all Member States with the High Representative, as he carries out the mandate entrusted to him,” it added. 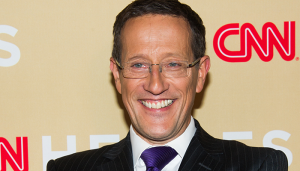