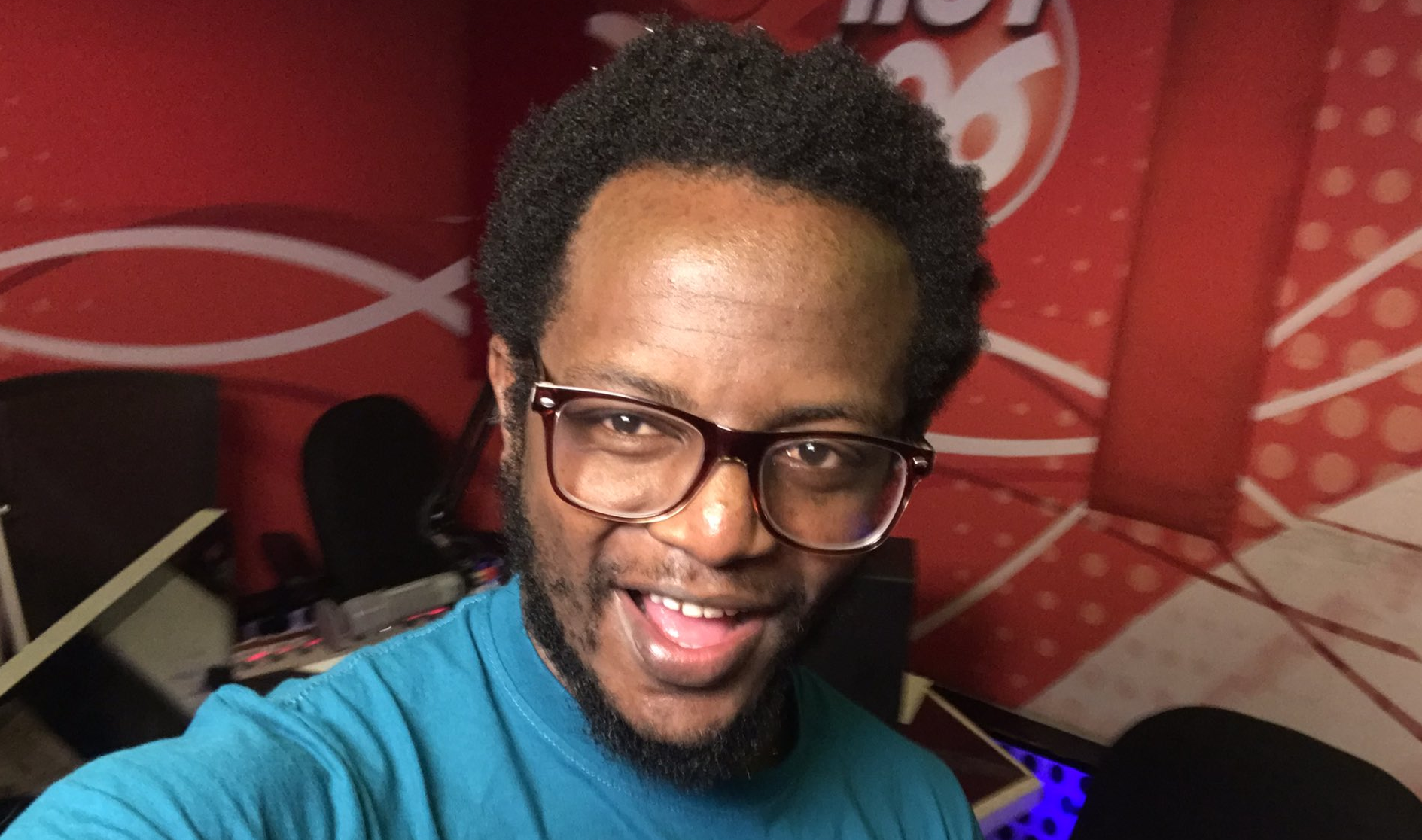 Herman Kago aka Professor Hamo changed his mind of joining Milele FM after agreeing to move from Hot96. [ Photo / Twitter ]

The name Herman Kago may not ring a bell for many Kenyans. But this guy is now the talk of town for taking one of President Uhuru Kenyatta’s media outlets manager for a ride.

Many Kenyans know Herman Kago as ‘Professor Hamo’ the once-in-a-while Churchill Show comedian who plays ‘stupid professor’ and features on Hot96 radio these days.  Recently, he was forced into isolation after his co-host, Jeff Koinange, tested positive for Covid-19. Hot96 is owned by Royal Media Services.

While in isolation, it turns out, Milele FM owned by Uhuru Kenyatta family’s Mediamax Networks Ltd, approached Hamo and offered him a job, according to people familiar with the issue, which he accepted.

The Milele contract must have been better than what he had at Hot96. He agreed to start working for Milele FM Drive Show from 3rd August 2020, where he would join Dee aka Presenter 001 for the 4pm to 8pm as co-host.

Milele FM, sure that it had sealed the deal, started running promos for Prof Hamo’s grand entry.  As they did this, Prof Hamo, it seems, had no plans of honouring his side of the bargain. He was instead cutting an even better deal with Royal Media Services.

Soon, RMS started running a promo on its outlets, including Citizen TV, about the comeback of Jeff Koinange and Hamo on Hot96 – after the Covid-19 isolation. The Milele-Hamo deal had fallen through, and the ‘stupid professor’ as he always does on stage, had the last laugh.

Indeed, yesterday, 3rd August, Hamo was on air at Hot96 with Jeff Koinange as if nothing had happened. Hamo joined Hot96 on the show after the exit of Jalang’o to Milele FM sometime back.

That’s how fluid – and desperate – media houses have become in the race to keep and/or win audiences. Soon, observers imagine, someone will work for two employers at the same time. Or maybe it is already happening.

Milele FM, which recently lost Felix Odiwuor to Radio Africa, was left holding the short end of the stick. The Milele Drive show is currently hosted by comedian Jacquey Nyaminde alias Wilbroda and Francis Luchivya, who were to be moved to a late-night programme from 8 p.m. onwards.

Mediamax insiders, hurt by Hamo’s turnabout, believe he used Milele FM’s offer to squeeze a lucrative deal for himself from RMS. This counter-offer tactic has become common in media where journalists/presenters prey on media managers desperate for talent to get themselves fat pay.

The drama was in a way an ego battle between a financially well-healed RMS and small but broke Mediamax. At the end, money spoke and Hamo listened. At a more personal level, it was Mediamax Radio Programmes Manager Simaloi Dajom against her former colleague at Royal Media Services Fred Afune, who is Programmes Director.

Prof Hamo, it seems, had no plans of honouring his side of the bargain.

After the recent movements of journalists, it appears it’s the comedians transfer period. The joke crackers and humour-mongers have become popular in attracting listeners on radio shows.