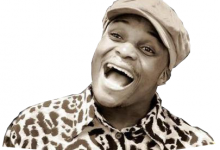 Media personality Felix Odiwuor alias Jalang’o has confirmed that he is set to take over Andrew Kibe’s spot at the Morning Kiss Show barely a month after leaving Milele FM. Jalang’o makes a comeback to Radio Africa where he started his radio career.

Speaking while interviewing his predecessor on his Bonga na Jalas show on YouTube on Friday, Jalang’o revealed that he will be joining Kibe’s former co-host Kamene Goro as co-host on the breakfast show as soon as Monday, July 6.

During the interview, Kibe stated that he handed in a resignation notice in March and claimed that he had a falling out with Radio Africa CEO Patrick Quarcoo.

“Just when COVID-19 hit, my boss and I fell out because he looked at me with contempt. It is the preference of any human being not to be looked at with pity because you don’t want to be an object of pity, you don’t want anyone to look at you and start wondering how they will help you out,” said Kibe.

“My boss looked at me with contempt and I decided that I was not going to work with him again,” said Kibe “I had given a three months notice stating that I was planning to resign, the letter stated that June 30 would be my last working day. I made it explicitly clear to my bosses that I did not want the job anymore, it did not make sense to me and I was not enjoying it anymore,”

Kibe claimed that he kept his resignation under wraps and told only a few people that did not include Kamene.

“I told close friends and family that I would leave the job but they shrugged it off because they were convinced that I would not leave such a well paying job. They started talking to you (Jalang’o) when they realised that I was serious,” claimed Kibe.

“I did not tell anyone. Kamene came to know of the development just the other day, she is devastated but she only learnt that I was leaving the organisation the other day,” added Kibe.

When Kibe announced his departure from Radio Africa, speculation was rife that Jalang’o was being lined up to replace the blogger, claims which Jalang’o confirmed in the interview.

“This job is mine, your are handing over your job to me, I did not know you were leaving and I did not fire you, you left at your own discretion and I am taking over your job,” Jalang’o said reffering to jokes that his brand was looming heavy over Kibe’s job forcing Radio Africa to drop the latter for the former.

During the interview, Kibe claimed that one of the biggest motivations behind quitting his job was his penchant for addressing controversial topics and using curse words, he hinted that he felt limited in mainstream media after being accustomed to the unlimited freedom of expression that comes with blogging and personal online media channels.

“One of the reasons I have left radio is so that I can say things like this,” Kibe said.