Ho Sung Choi makes his crazy swing in a past competition. He has accepted an invitation to take part in the 2019 Magical Kenya Open.

South Korean golf sensation, Ho Sung Choi, who is known for his crazy ‘Fisherman swing’ has confirmed to participate in the 2019 Magical Kenya Open slated to commence on March 14th at the Karen Country Club, Nairobi.

The South Korean became famous on social media after footage of his unorthodox Fisherman’s swing was widely shared. He has accepted the invitation to the event and is expected to entertain fans with his swing.

The unique factor about this swing is the follow through, where he lifts his right foot off the ground and swings it around his body before using one of several different finishing moves.

The golfer learned about the game by reading newspaper articles on the sport. Just like Kenya’s javelin sensation Julius Yego, Choi learned about his game from the internet and went ahead to win three world titles. His latest achievement is the Casio world open which he won in Japan last year.

The 45-year-old is among the best golfers globally as he is ranked number 205. He has spoken about his participation in the European Tour saying he looks forward to the event as he still builds his golf career.

“I can’t wait to compete on the European Tour,” said Choi, “I came to golf later in my life, at the age of 25, after some tough experiences. I’m hugely grateful for the opportunity to play golf around the world, and I am fully aware that none of this would be possible without the love and support of my fans.”

Apart from the European tour, Choi expects to have an amazing experience in the country as it will be his first visit to Africa.

“I have never been to Africa, but I have heard great things about Kenya and the golf courses there  I can’t wait to test myself against the European Tour players again,” he said.

“We are delighted to have Choi grace the event. His unique style of play appeals to numerous audiences around the world, capturing the attention and imagination of both golfers and non-golfers. It is pleasing to note that ardent followers of his distinct style, from across the world, will get to experience the magic of Kenya by following him in action at the tournament,” Kanyago says.

Read: Gor Mahia should look past officiating errors ahead of Zamalek clash

Choi will join the likes of 2018 European Ryder Cup Captain Thomas Bjørn and rising star Shubhankar Sharma in the tournament. Magical Kenya Open is also expected to host top golfers from around the globe after it was recently elevated from being A European Challenge Tout to become part of the European tour. 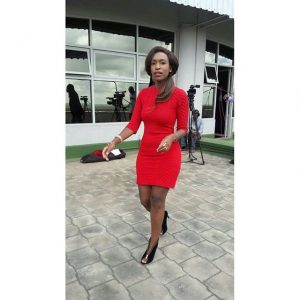