A statement from State House confirmed that the new law has created a new post in the government.

“The new data law establishes the office of the Data Commissioner and sets out the requirements for the protection of personal data processed by both public and private entities. It further outlines key principles that will govern data processing, sets out the rights of data subjects and assigns duties to data controllers and data processors…” the statement reads in part.

What the New Law Means to Kenyans

The new law will see individuals and companies who are found violating the privacy of Kenyan citizens’ data face stiff penalties.

The law will also see the setting up of the office of a Data Protection Commissioner. Previously, such an institution did not exist.

The law will also cover people who own and control data, as well as third parties that manage, store, and sort personal data. Furthermore, it applies to natural or legal persons, agencies and public authorities. Local organizations and global ones will be guided by the law provided they process data belonging to locals.

“A person who commits an offence under this Act for which no specific penalty is provided or who otherwise contravenes this Act shall, on conviction, be liable to a fine not exceeding three million shillings or to an imprisonment term not exceeding 10 years,” the law outlines.

Organizations, including the likes of Safaricom, have since faulted the state for failing to provide a reliable data protection framework for shaping ICT policies in the country. The same sentiments have also been echoed by friends of the industry and people in a country that has been seeing the proliferation of ICTs that require a legal system to be run without data abuses.

The Directorate of Public Prosecution Noordin Haji was among those who were against signing the bill to law. DPP Haji said that it would render the National Intelligence Service (NIS) illegal. 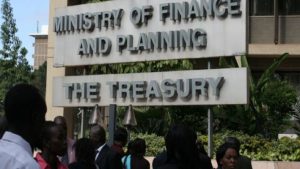