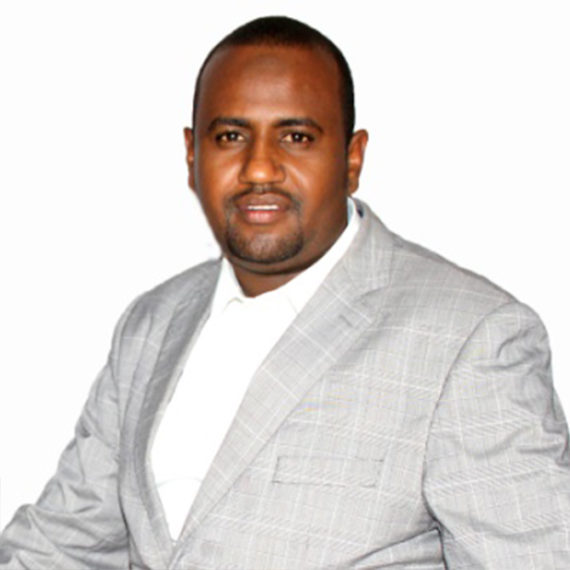 [dropcap]G[/dropcap]overnments employ entrepreneurs. But unsurprisingly, the enterprising individuals they employ quit pretty fast to take charge of their own ventures and create opportunities.

Ahmed Mohamed is one of them. He resigned from the Tourism Finance Corporation (TFC) where he worked as chief public relations and communications officer to run Lens Media Ltd, a company he had been toying with on the side.

After many years of extensive public relations, media and communications activities, he says he reached the climax of his career at Tourism Finance Corporation. Seeing no prospect of going up, he decided to focus on his own business.

“We started small with an investment of Ksh2 million,” he says. “We have the expertise to take care of all your publicity and PR needs. We are the engine that connects clients and consumers. We are the ones who transform crisis into opportunities.”

Mr Mohamed talks openly about Lens Media, a full service communications, media, branding and marketing company that he started way back in 2010. He takes pride in the success of a mix of clients. He says he also works hand-in-glove with clients with small budget.

With characteristics of a corporate entrepreneur, he is motivated by proving that he has a better way of running a public relations campaign and to build something that is better than the offerings of his competitors. So far he has employed five people on full time basis and other four on contract. But how has the journey been so far and where is he going?

Mohamed previously worked at National Bank of Kenya as corporate communications manager, Nation Media Group as a correspondent, Radio Bar-Kulan (writer), and Star FM (news producer). With the accumulated experience in media, working as a PRO was smooth.

Mohammed says self-employment is the way to go and he is cut out for it regardless of challenges that creep in once in a while. He says that an entrepreneur in his kind of field must have a thick skin especially when dealing with clients “from hell”. In terms of market outlook, he is optimistic that the Kenyan market is still sustainable for public relations investments.

“I foresee no challenge,” he says. “My media and public relations pedigree sets me apart from the rest. I am young, dynamic, full of energy coupled with many years of hands-on experience in public relations, marketing, media and communications solutions. We have also diversified our offerings in terms of product mix and locations. The gist of it is that we are open to business to people and agencies of all walks of life.”

While at TFC, he had to scratch the ground. To set the stage, he started off by introducing a new management as well as the business advisory services. Having previously served in the banking sector which is much more efficient with cut-throat competition compared to Government where there is too much bureaucracy, he had the leeway to implement a number of strategies in the public relations which are still useful today to the corporation.

“I found a department that was lost in direction structurally,” says Mohamed. “I publicised an MoU between UNHABITAT and TFC, and successfully executed the first stakeholders conference for the corporation, and conducted publicity campaign for African Hotel Investment Forum among many others.”

NEXT: HEALER OF SOLES: BATA LAUNCHES NEW BRAND OF SHOES