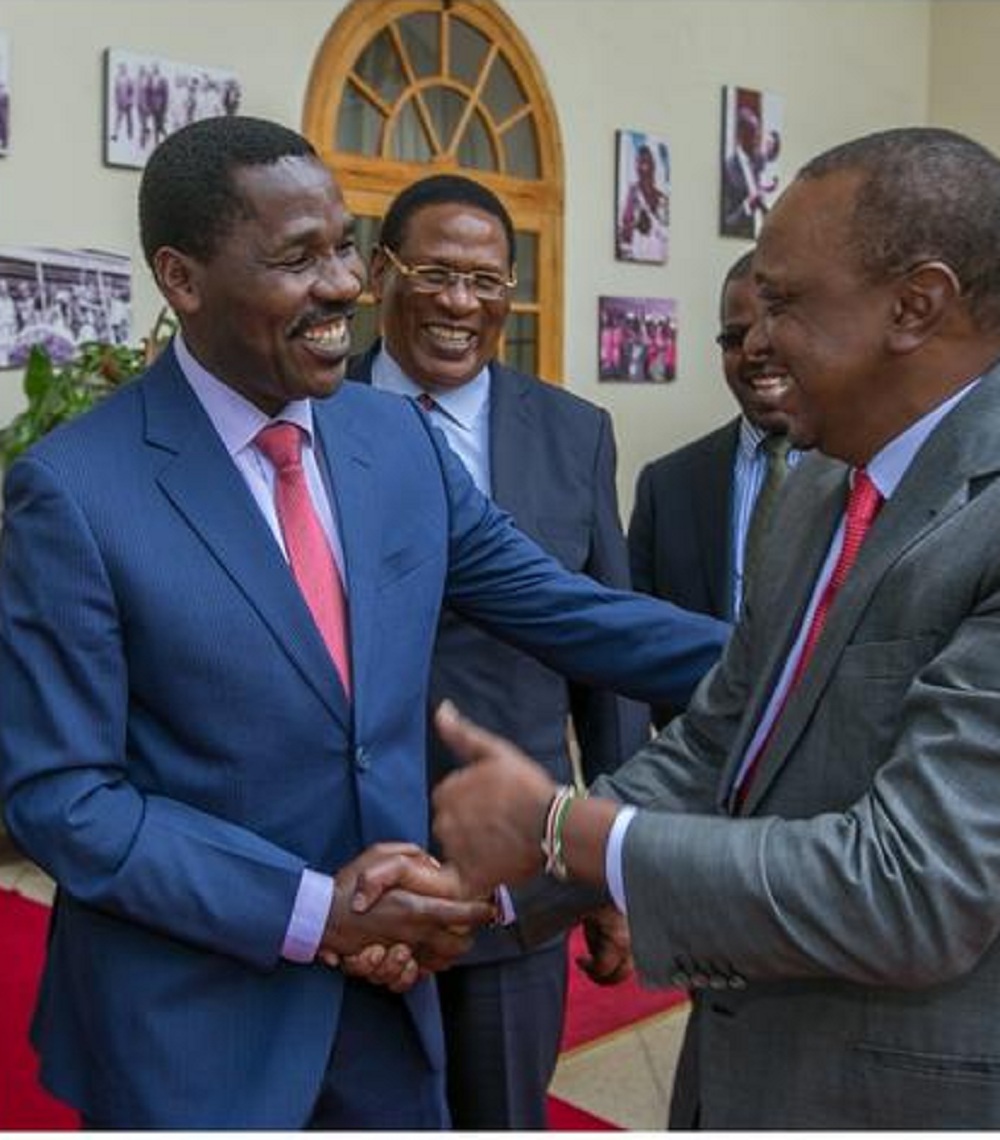 Just days after the former Meru governor and PNU party leader crossed the ship to support the NASA presidential candidate in the forthcoming repeat elections on October 17.

A letter has surfaced in social media showing that PNU with the endorsement of Peter Munya as chairman are going to support President Uhuru Kenyatta’s bid.

The letter reads in part: “After thorough consultation with our party members, elders and supporters across the country, it has been agreed that in the very best interest of the country we support the reelection of His Excellency President Uhuru Kenyatta in the fourth coming presidential elections scheduled for the 17th of October 2017.” It is signed off by Peter Munya, Party Leader, John Anunda Okemwa, Secretary General and Peter Kaberia Nkubitu, National Treasurer.

Munya lost the Meru governor’s seat to former senator Kiraitu Murungi, who ran on a Jubilee seat. He garnered 181,447 votes against Kiraitu’s 236,390.

A win he has contested, filing a petition in the court citing massive election irregularities.

However, he Tuesday met Jubilee leaders led by President Uhuru at State House, Nairobi to confirm he is back in the fold.