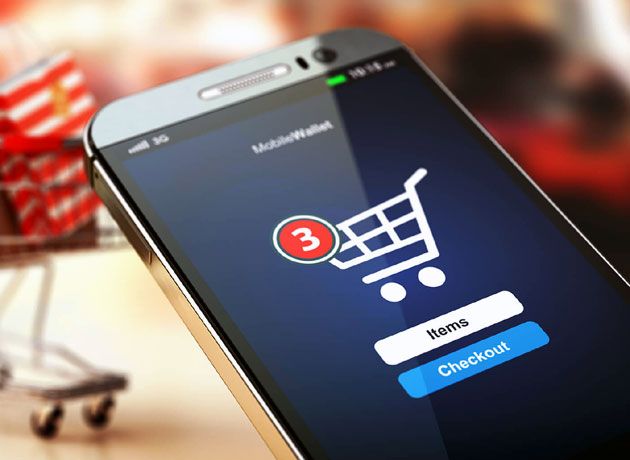 Online retailers are on a roll, growing by huge margins as more Kenyans embrace online shopping

[dropcap]O[/dropcap]nline retail has become the in-thing these days, thanks to the growth in smartphone usage across many African countries. From an elitist service that techies would flaunt, online shopping has infiltrated all consumer segments and phone users in the villages or slums can order a product from China or India and have it in a matter of days.

Kenya is among the fastest growing e-commerce markets in Africa, with over 10 players in its online retail market, led by Jumia and global players such as e-Bay and Amazon.

These online retailers are on a roll, growing by huge margins as more Kenyans embrace online shopping. They often entice Kenyans with huge offers and discounts negotiated with manufactures and have actually managed to divert a huge chunk of the shopping traffic especially for electronics and fashion brands from glitzy offline malls to their sites.

This is building a strong e-commerce economy in Africa worth billions of dollars annually.  Research firm Statista estimates that the e-commerce sector in Africa generated $16.5 billion in revenue in 2017 and forecasts revenue of $29 billion by 2022.

Since fewer consumers own desktop or laptop computers in Africa, the continent is primarily a mobile e-commerce market. Mobile devices, in combination with mobile-friendly payment systems, have opened up new shopping opportunities in places where physical stores often don’t exist, and infrastructure is lacking.

The Communication Authority of Kenya estimates e-commerce at Ksh4.3 billion and trending towards Ksh10 billion this year. With a convergence of mobile and electronic technology shaping up, analysts are beginning to see e-commerce as the next big thing in retail.

A June 2015 survey of Kenyan consumers published by Consumer Insight found that only 7 percent of respondents had ever shopped online.

Jumia, founded in 2012 is perhaps Africa’s best-performing e-commerce services provider. It operates in 14 countries in Africa and the Middle East. Other players in Kenya include Kilimall, Pigiame, Hashmart and Nangos among others. More startups are joining the fray.

Chinese products dominate cross-border sales through e-commerce due to their low pricing models, but there are products from other Asian economies

The online portals have created a new avenue for exports into the country. Initially done by trading companies and moneyed individuals, online retailers are dominating the business.

The lack of physical retail infrastructure in most African countries has turned out a blessing for cross-border e-commerce in a continent where people love western stuff. Local manufacturers have also discovered online retailers offer a growing market and now signing up distribution deals with e-commerce portals. In Kenya, Bata Shoe and other consumer goods producers sell items on Jumia.

Chinese products dominate cross-border sales through e-commerce due to their low pricing models, but there are products from other Asian economies and even Europe mostly offered through the global shopping service.

The biggest moment for the e-commerce market is the annual Black Friday sale in November during which online shopping literally explodes. In 2017, Jumia says it attracted 3 million shoppers during the Black Friday period that had 600,000 different items on sale ranging from electronics, household items and clothing.

This year’s black Friday begins on November 2, with Jumia planning to have three million different items on sale, an indication of an expanded e-commerce industry.

Overall, Jumia sold 250,000 phones at an average price of 12,300 in 2017, which is about Ksh3 billion. Over the past three years the company has cemented its grip on the Kenyan market by expanding its brand portfolio and increasing the number of its subsidiaries to include Jumia Food (Catering), Jumia Travel (Travel Agency), Jumia House (Real Estate), Jumia Deals (Classifieds Website) and Jumia Market (Online Market).

The taxpayer, Muhugu Limited, made the application on January 16, 2020, seeking to reinstate an appeal that it had earlier withdrawn from the Tribunal

The earbuds being sold under the brand name Chico were seized in Naivasha and Nyahururu for not meeting KEBS specifications.