Teams are already receiving their kits after the partnership between OdiBets and FKF. Photo/ OdiBets

Towards the end of 2019, betting company Odibets signed a multi-million sponsorship deal with Football Kenya Federation to help develop grassroots football. The deal would see all county leagues be named Odi Mtaani.

Kenyan Sports has been said to be on its deathbed ever since giant betting firms that were sponsoring the local leagues left. However, their departure left room for other firms like Odibets to also step in and uplift local sports.

The partnership was signed in early December and is just beginning to take shape. Football clubs in the Coastal and Eastern region have in the past two weeks benefited from kits and in-kind provisions from the online gaming firm OdiBets.

Clubs in the Coast Region had their day on Saturday, January 11, and Sunday, January 12, 2020, with South Coast Branch chairman Gabriel Mghendi expressing gratitude in the move.

“Clubs at the grassroots have been struggling to get proper equipment and kits. This is a timely boost and I am confident that it will go a long way in actualizing the dreams of young talented players in the Coast region,” said Mghendi.

Clubs taking part in the Southern Branch Leagues then later received their kits on January 15, and 16, 2020, before the project shifted base to the Upper Eastern (Meru, Embu, Isiolo) region last weekend, on January 18, 2020.

In addition to the playing kits issued out, Odibets is also set to provide 6 balls and other training equipment to the various teams taking part in the FKF County league.

OdiBets Country marketing manager Aggrey Sayi said that it is important to support grassroots football because that’s where the next football stars emerge from.

“I believe that Wanyama, Olunga and other good players playing abroad started at the grassroot level, therefore we believe that the next stars will come from here,” said Sayi during the playing kits handing over ceremony at Mombasa’s Frere town grounds.

After the sponsorship deal was signed, FKF President Nick Mwendwa said the partnership was key to nurturing local talent. The FKF boss talked about the importance of developing Grassroot football as it shapes the future of the sport in Kenya.

“As a federation, we welcome this first of its kind partnership. We are happy to partner with Odibets to support grass root talent in the counties. Kenya has untapped potential and just as we have supported various leagues, we look forward to this opportunity and working closely with our partners to grow local teams,” Mwendwa mentioned.

The brand believes that such partnerships will be pivotal in advancing the steady growth of football in Kenya. 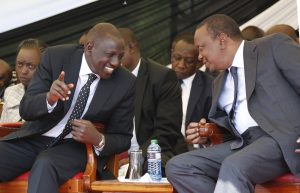