Molo Shuttle Sacco is among seven Public Service Vehicle (PSV) operators which have been banned for flouting various traffic laws.

The move comes amid increasing concern over a rise in the number of a*******s, which has seen the government issue an ultimatum to PSV operators to comply with the Michuki rules that, among others, provide for speed governors and safety belts.

NTSA says road f********s have increased by 10% this year compared to 2017. According to the latest statistics survey by the Authority, 2495 people had been k****d by October 21 compared to 2,225 who d**d the same period in 2017. Pedestrians lead the group with 948 having lost their lives while pedal cyclists are the least affected with 42 of them having succumbed as a result of road c*****s. 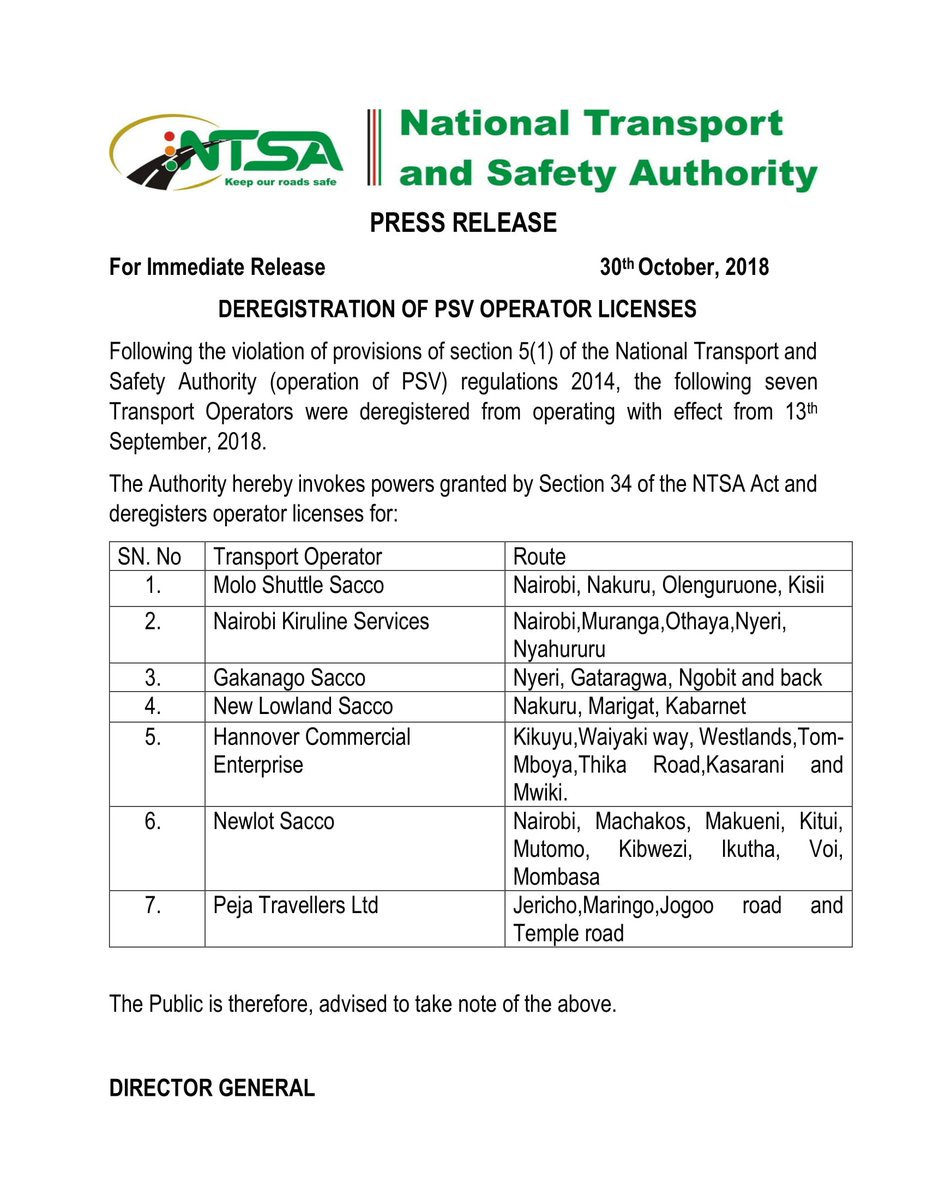 Early this month, a f***l road a******t Fort Ternan in Kericho county claimed 58 lives. The owner of the bus company, Bernard Shitiabayi and his fleet manager Cleophas Shimanyula have since been charged in court.