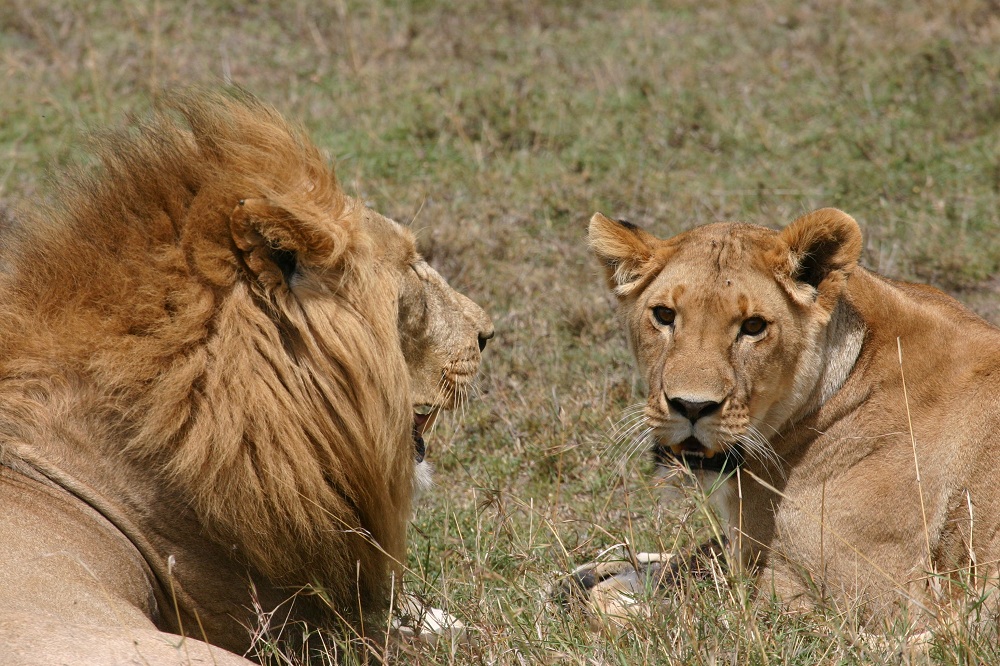 A Maasai man  stunned residents after he k****d a lioness that had mauled his 105 goats worth Ksh1 million.

Kayooko Ole Kisemei, 45, who lives in Olare Motorogi Conservancy in the Maasai Mara G**********e, told the press that two lions, a male and a female, invaded his goats pen at around 4am k*****g the animals.

“I was asleep when I heard goats bleating in distress. I picked my spear and a torch and when I illuminated a lioness turned to me and fearing for my life, I speared it d**d,” he added.

Kisemei now wants compensation from the Kenya Wildlife Service (KWS) saying it was the lions that invaded his home.

“It is not the first time that these wild animals have k****d our livestock. We have complained to KWS but they have taken no action,” he lamented.

Area KWS warden James Kilei, who led the KWS officers to the scene, confirmed the i******t and termed it as unfortunate.

“It is true several goats were k****d by a stray lioness. We visited the area and found several carcasses of goat lying in the pen. The owner will be compensated accordingly,” he said.

Kilei said despite the fact that the farmer was defending himself from the wild cat, he should fence his piece of land to avoid future occurrences.

“All pastoralists living near the park should fence off their sheep/goats pens using wire mesh to wade off the marauding lions and leopards who roam around the area at night,” he said.

He added they have verified and taken details of the damage and shall forward the same to the compensation committee who will then take them to the head office for compensation process to commence.

Human-wildlife conflicts have been a common phenomenon in the area and recently hundreds of Maasai herders barricaded key roads to Maasai Mara National G**********e in Narok over five hours after over 100 sheep were k****d by hyenas.

Conflicts  between  people  and  wildlife  currently  rank  amongst  the  main threats  to conservation  in  the country.

It  is  undoubtedly  evident  that  the  expansion  of  the  human  society  has forced people  to  infringe  into  wildlife  habitats  and  convert  land  to  other  uses incompatible  with  wildlife.  Human-wildlife conflicts negatively impact on the humans and wildlife alike.