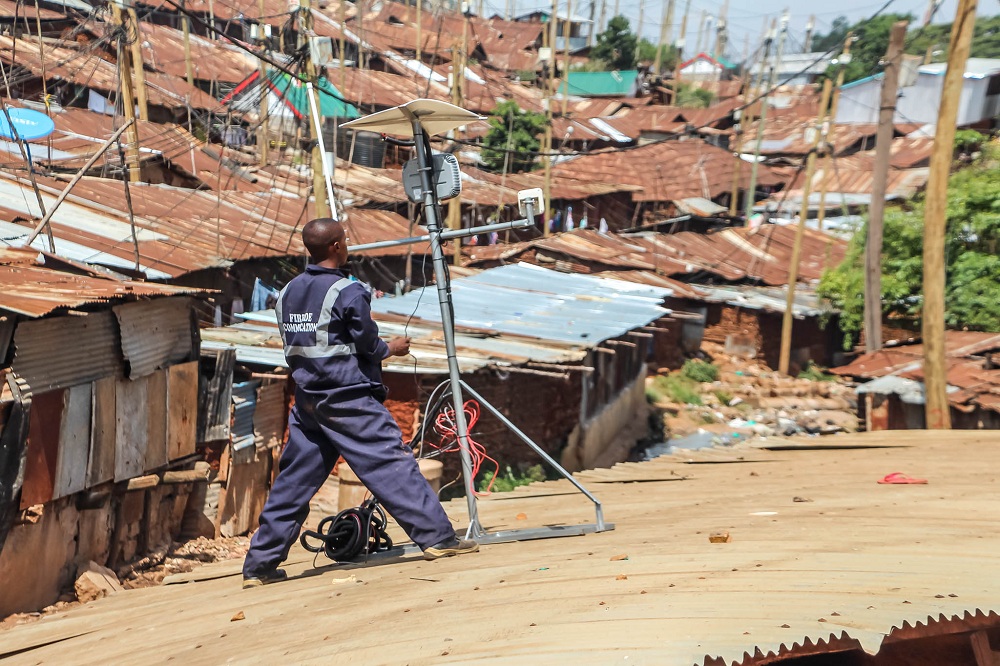 A low-cost Internet Service Provider (ISP) has now deployed over 120 access points in the Kawangware and Kibera slum areas of Nairobi. Many of these points are installed at schools, clinics and other community locations covering an area that is home to around one million low-income residents, of which approximately 200,000 are smartphone users. poa!’s service provides unlimited internet plans to the surrounding residents, offering them access from just Ksh 10 per hour or Ksh 50 per day, instead of the traditional data bundle pricing that charges people per Megabyte (MB).

Poa! Internet’s unique business model, which the firm calls ‘community Internet’, has achieved monumental revenue growth of over 400% since the beginning of 2017. This in comparison to an industry average revenue growth of just 12% for the country’s other ISPs, according to Communication Authority.

In this short space of time, Poa! has already connected over 21,000 subscribers, many of whom could never have previously afforded to access the internet in any meaningful way.

“Our business model has been structured in a completely novel way to open up real Internet access to low-income subscribers,” said Andy Halsall, the Chief Executive Officer at Poa! Internet. “Our mission from the outset was to move the country’s lowest income communities online, comprehensively and pervasively.”

“We also believe that by offering completely unlimited internet within these communities, we open new possibilities in the local institutions that are hosting our hotspots in accessing teaching materials and online research, communicating with patients, and providing online medical services, and new business opportunities for surrounding residents.”

According to the management, close to 99% of all Poa! customers access the internet through mobile devices, attributed to the subsidised prices for smartphones in Kenya, which has seen the country achieve one of the highest smartphone penetration rates in the world.

In addition, the ISP has also created jobs for over 60 people from Kibera and Kawangware so far.

“Our model also focuses on employing people from these same areas to create new jobs as well, in areas where unemployment currently stands at 50 % or more,’’ said Andy.

“I have been able to receive a minimum of 50 clients a day as compared to the 10 I used to get when using a modem from another Internet provider,” said Alfred Ouma, who owns a cyber café at Zabibu Community Centre, in Olympic, Kibera.

Their internet is Wifi-based.