A parking attendant issues a receipt to a motorist in Nairobi. Photo/ File- Business Today

Nairobi residents to start paying parking fees and other levies to Kenya Revenue Authority beginning Monday morning after the national government took over key functions from the county government.

Nairobi governor Mike Sonko’s decision to hand over the county to the National government is still a hard pill to swallow for Nairobians. Less than a month after the takeover, Nairobi’s revenue collection now goes directly to the national government.

City Hall appointed KRA to collect revenues through a notice in the Kenya Gazette early this month weeks after ceding some of its functions to the national government. The taxman takes over the mandate for a two year period up to March 16, 2020.

This follows the consistent failure of the county government to hit the revenue collection target. The revenue target for the 2019-2020 fiscal year was set at 17billion with the highest amount of revenue ever collected being 11.7 billion in the 2014/2015 fiscal year.

The taxman has developed several revenue enhancement initiatives to improve tax revenues. To achieve the revenue targets, it intends on using its automated system to seal loopholes through which millions of shillings sips in daily cash payments for parking and other county services.

Read>> Too Late or Just In Time: Government’s Handling of Coronavirus in Kenya

Mike Sonko, the embattled governor who was barred from office last December on graft charges, at the start of March, waived Single Business Permits (SBPs) for all new enterprises. Many people have been against Sonko’s action to hand over the county government.

With this scenario then, it has come to pass that the central government has succeeded in doing what was impossible with the nascent constitutional order. Is taking over the Nairobi County functions a threat to devolution in the country? Could it be that the constitutional change is coming as Kenyans watch by the side-lines? Is a Ministry of Nairobi metropolitan in the making?

County governments are established under Chapter Eleven of the constitution.

If Nairobi County has surrendered some functions to the national government, does this mean that Kenyans should expect a new constitutional order? 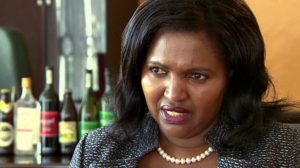