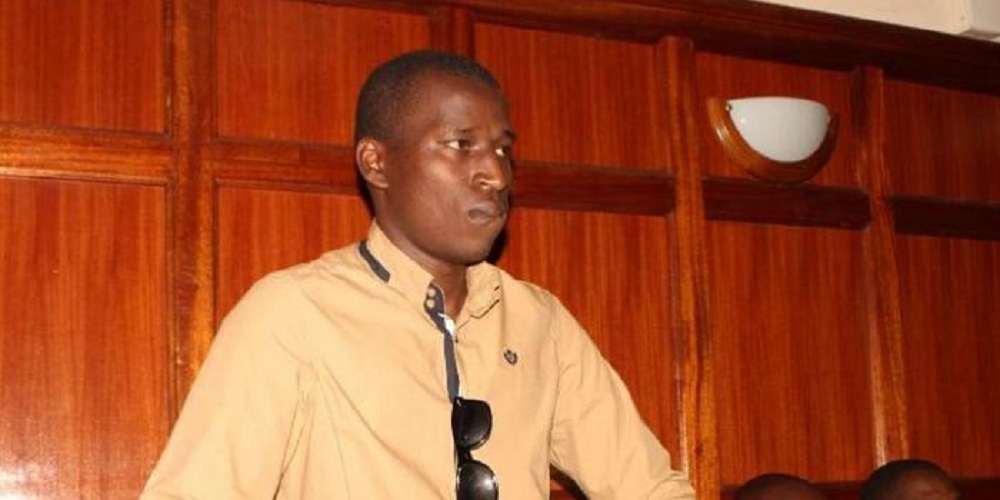 Controversial blogger Cyprian Nyakundi will remain in police custody after a Kiambu Court denied him bail in a case in which he was charged over offensive social media posts against Nairobi Governor Mike Sonko
Appearing before Kiambu Law Courts Resident Magistrate Justus Gituku, Nyakundi denied the charges of publishing obscene information in electronic form contrary to section 84 D of Kenya Information and Communication Act.
The court has also ordered Nyakundi to pull down his offensive posts against Governor Sonko and desist from publishing the insulting posts on his social media accounts or face further punitive charges.

In his post last year, Nyakundi posted the offensive tweets against Sonko after the Governor launched an oxygen plant at the Mama Lucy Hospital in Kayole.

Nyakundi is being held at Kiambu GK Prisons and he’s set to appear before the same court on Friday for a ruling on his bond application. 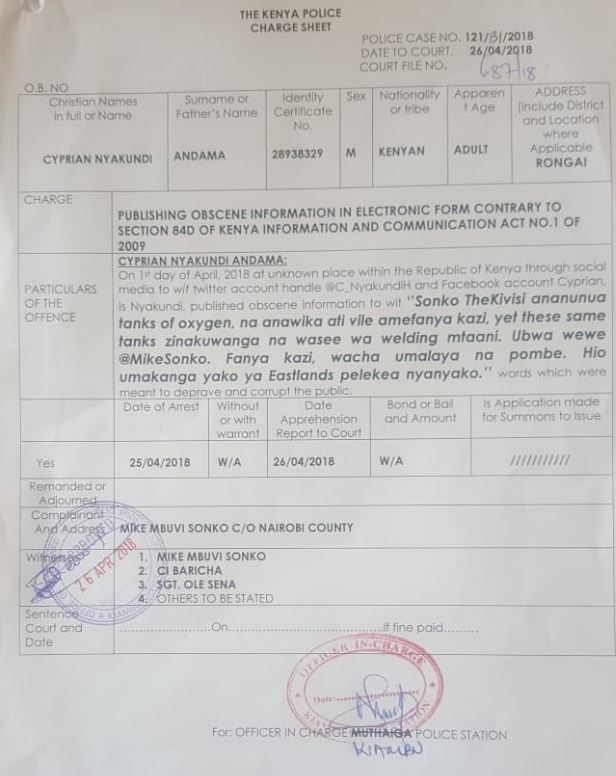 The blogger was arrested on Wednesday in Nairobi and detained at Muthaiga police station where several personalities including politicians and media celebrities also filed complaints of being abused by the blogger on his social media accounts.

Among other charges he has been charged with claiming the National Intelligence Service listens into people’s mobile phone voice calls. At the same time, he claimed Kenya Power is inflating bills to benefit President Uhuru Kenyatta’s family.

Other complainants include Kirinyaga Governor Anne Waiguru. Nyakundi spent the night in police custody with lawyer Apollo Mboya who has filed a class action case against Kenya Power.