Tabitha Karanja, Founder and CEO of Keroche Breweries. KRA has won a case against the brewer allowing the taxman to collect Ksh9 billion from the Naivasha based manufacturing company [Photo/The Star].

Keroche Breweries Chief Executive officer (CEO) Tabitha Karanja has responded to the allegations of evading taxes amounting to Ksh.14.4 billion by the office of the Director of Public Prosecutions (DPP).

Mrs. Karanja strongly denied the allegations, saying that they are baseless and without facts. The Keroche boss said this in a press statement she sent to media houses on Wednesday evening.

“We are deeply shocked beyond imagination by both the allegations made and the manner at which the matter has been handled from the dissemination of the information. My shock is how a local investor can be, humiliated, embarrassed and denied the well-deserved respect…” read the statement in part.

The DPP had said that there is sufficient evidence and that it was in the public interest to charge the Keroche owners with 10 counts of Tax Fraud, contrary to section 97 (a) and (c) of the Tax Procedures Act, 2015,

The CEO, however, said that the only dispute Keroche Breweries has with the Kenya Revenue Authority (KRA) is on the applicable rate on Viena Ice ready to drink vodka which, she stated, is presently ongoing at the tax appeals tribunal.

“This comes as a surprise and all I can tell Kenyans is that the only dispute with the KRA is on the applicable rate on our Viena Ice ready to drink vodka which a matter that is ongoing at the tax appeals tribunal; an institution constituted under law to handle such tax disputes,” the Keroche boss said.

“What we do to make Vienna Ice ready to drink vodka is exactly the same way a consumer would walk into a bar or restaurant buys 180ml crescent vodka (6-tots) to mix with water to achieve 13.5% alcohol content without paying extra tax,” she added.

Mrs. Karanja further urged the DPP to avoid being misled and to first get his facts right about the matter.

“There’s nowhere documented in the world where you can build a business having complied all through and still be subjected to such embarrassment and intimidation,” she concluded. 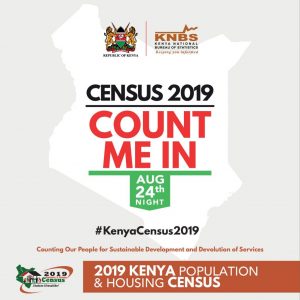 Explainer: Things to Watch Out for During the Census
Enumerators are not allowed to ask for money from citizens…