Shareholders in Kenya could soon own a pie of global marijuana estate if cannabis real estate firm Bangi Inc has its way by cross-listing on the Nairobi Securities Exchange (NSE).

The US firm announced on August 7 that its board of directors had approved an initiative to cross-list on the Nairobi bourse in what could make it the first company to be listed at both the NSE and in America.

Bangi chief executive Dr. Neil Parsan said, “We are excited to represent the first U.S.-listed stock to be listed in Kenya’s capital market, which is the deepest and most sophisticated in East Africa.”

The US company is a diversified investment vehicle that acquires and leases specialized real estate assets in the cannabis, hemp and CBD industries. It is listed in the OTC markets.

“A dual listing in Africa would be a natural step for the company considering its corporate name, “BANGI” means “marijuana” or “hemp” in Swahili, one of the most spoken languages in Africa,” the firm said in a statement.

The company added that its listing on the NSE will allow investors to use various financial payment systems such as M-Pesa and Airtel Money to purchase shares.

In attempting to list on the Nairobi bourse, Bangi also seeks an avenue to opening up its shares to the East Africa region as well as to the rest of Africa.

Despite the fact that marijuana is illegal in Kenya, the cannabis real estate firm justified its cross-listing initiative by saying that Kenya has regulations that expand its capital markets to the world.

However, in recent years, there has been a push towards legalising marijuana in Kenya for medicinal purposes. This could make Kenya join the ranks of the over 30 nations in the world that have legalised the medical use of cannabis.

One of the most prominent drivers of marijuana legalisation was the deceased Kibra MP Ken Okoth. The push, however, has also received resistance from some quarters.

The Cannabis market has gained traction especially in North America, where it has threatened to become big business in the US and Canada.

In the East African region, Uganda has allowed foreigners to plant and export bhang, despite the fact that marijuana is still illegal to locals. 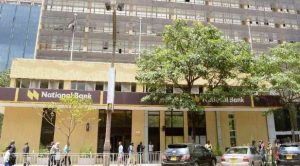