There is another side of the drug that can put a lot of money in the pockets of entrepreneurs.
In the last couple of years, a number of US states have chosen to legalize both the medical and recreational use of cannabis (although it remains illegal at a federal level). Later, Uruguay decided to do the same, choosing to regulate cannabis production and consumption instead of outright banning it.And more recently, Canada has announced that it would legalize and regulate cannabis production and use, becoming the first G7 country to do so (but probably not the last). The reasons cited for these changing drug policies are often related to criminality (last year, more than 50,000 arrests were made in Canada alone related to possession of cannabis) and the ending of illicit cannabis trade funding various organized crime groups.But there is another side of the story – one that can put a lot of money not only in the pockets of entrepreneurs but the states themselves.

Analysts are expecting legal cannabis to give a boost to Canada’s economy once its new drug policy enters into force this October. Some of the more conservative estimates expect Canada’s legal cannabis market to reach a value of $4 billion in the first year and continue to grow to over $7 billion in the next few years.This might seem a minuscule sum considering the estimated size of the global (illegal) cannabis market, estimated to be as big as $140 billion (or maybe even bigger) a year. But this is all money that will be coming from a legal, regulated, and taxed market, and fund necessary expenditure instead of organized crime.But the tax is just a fraction of the revenue Canada can expect its legal cannabis market to generate. On one hand, the government will see its costs reduced by the much smaller number of arrests and convictions related to cannabis use. Besides, companies will emerge to produce and sell cannabis, paying property taxes, business taxes, profit taxes, and such, boosting the tax revenues of the country by even more.With Canada collecting about 32% of its GDP in taxes of all kinds, even the most conservative estimates translate into $1.2 to $2 billion, or more, collected by the Canadian government each year.

The legal marijuana market in the US varies from one state to another. Cannabis sales are the smallest in Alaska, one of the states with the smallest population, barely reaching $39 million, and by far the highest in California, the most densely populated US state, where they exceed $2.75 billion a year. Legal cannabis has created more than 100,000 jobs in the US in 2017 alone and will continue to grow in the years to come, along with the market itself. 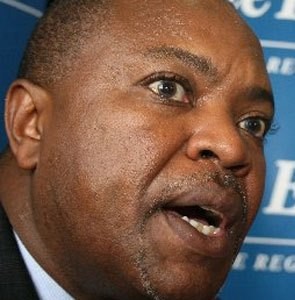 Why Nation Board pushed out chief editor, Tom Mshindi
Business Today has learnt that board, which is chaired by…