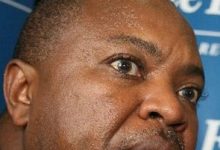 Details of how the Nation Media Group Board pushed out Editor-in-Chief Tom Mshindi have begun to emerge with sources indicating the decision was taken following a vote of no confidence in his leadership by Nation Centre veterans.

Business Today has learnt that board, which is chaired by Wilfred Kiboro, a former CEO at the media house, invited long-serving staffers to participate in an anonymous poll on what ails the media house. Most of them fingered Mshindi as the key problem at NMG.

“They invited even those working in the bureaus. They were given sheets of paper to state what they think is hailing NMG without putting down their names. Most of them pointed out Mshindi,” one source familiar with the matter said.

It is after this that the board resolved to send him packing with effect from December 31, 2018. Though Kiboro said Mr Mshindi, 57, is retiring, his age betrays that explanation.

We have also learnt that for the taken such a drastic decision, it was in possession of concrete evidence on him, part of which put his hiring decisions into question.

While we do not know what particular decisions were questioned, it is common in many newsrooms to give jobs to their relatives, cronies and, in some cases, even girlfriends.

Mshindi has also previously been accused of pushing out independent journalists. Those who have left with fingers pointing at Mshindi include Denis Galava, Mugumo Munene, Andrew Teyie, Eric Shimoli, Bernard Namunane and, more recently Eric Obino, who was the weekend editor. Mr Obino was pushed out after publishing a story on sugar importation touching on big players in the industry. A group of six columnists also resigned en mass to protest against lack of independence in NMG journalism.

Dr Kiboro, however, said Mshindi has been a loyal, dedicated and highly valued member of the executive team and the Board. Mshindi has worked for the Group for a total of 24 years, in two stints, serving in various roles including, journalist and later managing editor of the Daily Nation, Managing Director of Monitor Publications Ltd (Uganda), Managing Director of Nation Newspapers Division and Chief Operating Officer.

READ: IS LEGAL CANNABIS REALLY SUCH A BIG BUSINESS

He was appointed the Editor-In Chief on 5th June 2015 and appointed an Alternate Director.