The money-spinning green herb that arouses mixed debate anywhere in the world is receiving more approval from governments as time goes by.

It is no secret that selling of the most controversial plant on earth generates a lot of revenue.  For instance, ‘ganjapreneurs’ in Washington DC in the US have recorded more than $1 billion in sales revenue since its legalisation nearly five years ago.

However, the medical use of marijuana is getting more nod from medics and chronic ailing patients who view it as a gift that keeps giving. To other extends, other countries are further legalising its recreational use to citizens above 21 years of age.

Those opposing the use of marijuana, including certain scientific studies, argue that weed is the cause of some mental illnesses and drive of immoral and violent behaviours.

Below are the countries that have legalised weed both for medicinal purposes and recreational.

[Read: Mututho: My thoughts on attempt to legalise marijuana in Kenya ]

Countries that have legalised Medicinal Marijuana

Medical marijuana refers to the use of cannabis and cannabinoids that are prescribed by a doctor to their patients. It has been reported that the green herb can reduce nausea and vomiting during chemotherapy, improve appetite in people with HIV/AIDS, and reduce chronic pain and muscle spasms.

Marijuana is used medically in the following countries

[See also: Where mothers use bhang smoke and juice to treat children ]

Countries that have decriminalized  the recreation use of marijuana

The capacity of how many ounces a person should have in a day varies. Same applies to the amount of weed grown. In most countries, recreational weed should not be individually sold or exchanged for money.

Below are the countries that have decriminalized the use of recreational weed.

Countries where marijuana is illegal but often unenforced 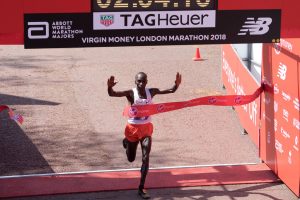