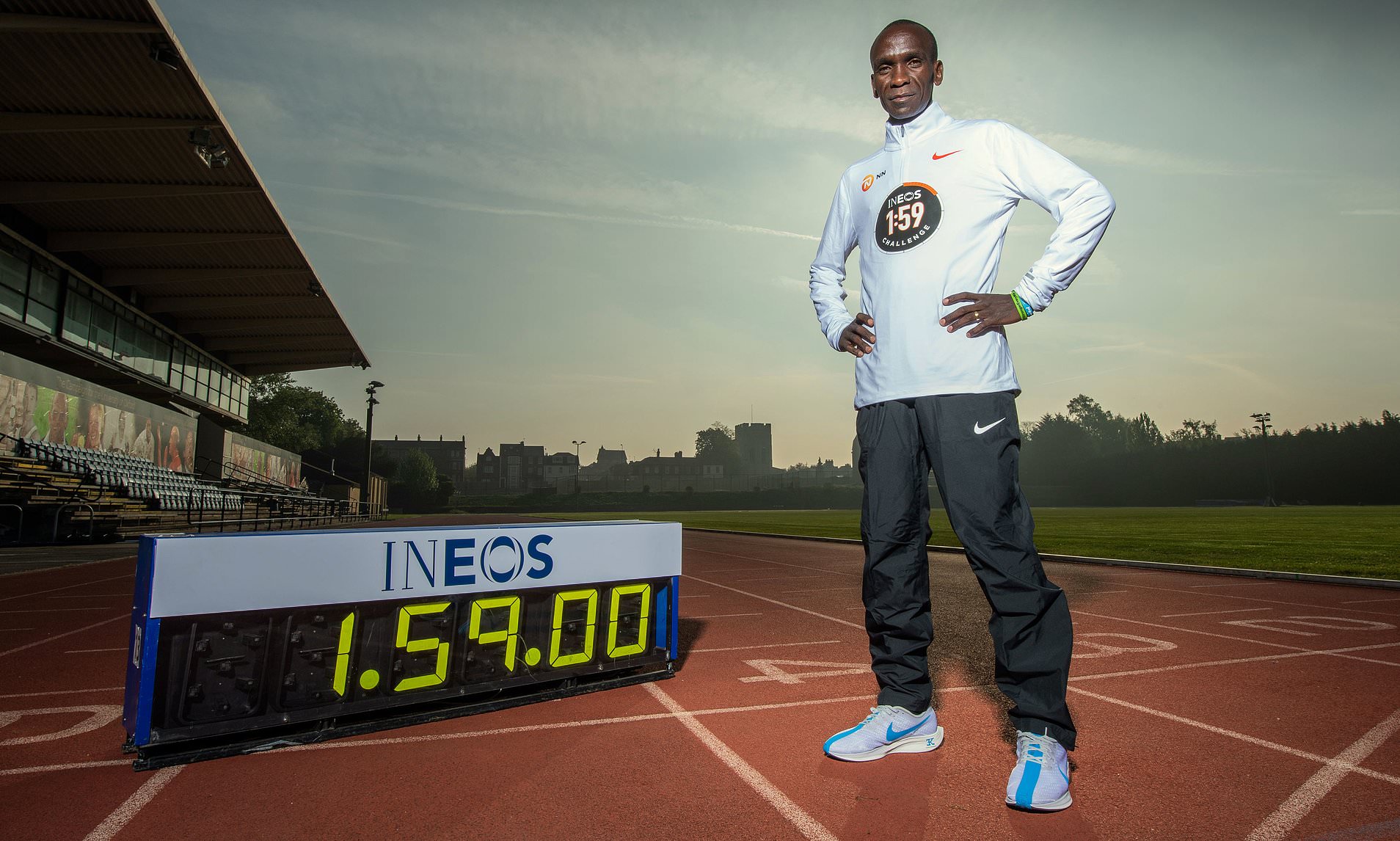 For the INEOS 1:59 Kipchoge will be using special shoes by Nike which will help him run faster

Athletics is Kenya’s pride but within the Sport, a few names stand out more than others. In the recent past the name Eliud Kipchoge has stood out more than any other one.

Kipchoge has succeeded in putting Kenya on the map and in portraying a good image for the country. It is for this reason that Kenyans are fully backing him as he looks to run a marathon in under 2 hours, beating his own record.

On Sunday, the St Paul’s University Catholic Parish held a special mass for Kipchoge and his quest to breaking his own record. The environment in the chapel showed how the day was special for the Kenyan marathoner as the church’s choir was dressed in unique, black, INEOS 1:59 branded polo shirts.

To help him achieve this fete, Kipchoge will be using special shoes by Nike which will help him run faster. The Vaporfly 4% shoes are engineered to make athletes 4% faster. The carbon fibre plates have proven even more effective at propelling athletes forward than they were in propelling themselves into controversy.

Kipchoge only needs to run 0.36% faster to achieve his target in Vienna so the shoes will come in handy.

The World marathon record holder will attempt to finish the race in under 2 hours with the help of 41 pacesetters. 10 athletes among those Kipchoge chose participated in the recently ended World Athletics Championship in Doha, Qatar.

Kipchoge’s dream to inspire the World

To Kipchoge, the INEOS 1:59 is more than just breaking the record as he hopes it will bring some change to the World. The Olympic champion is hoping his latest attempt would be comparable in the annals of human achievement to standing on the moon or scaling Everest for the first time.

Kipchoge has been seen as a believer and most of his success is hugely credited to his mindset ahead of the race. Actually, his greatest strength may be his mind; he has often emphasised the power of self-belief.

Even as the marathoner looks to achieve a fete that has never been reached by any athlete before, what matters to him the most is inspiring others through it. Kipchoge’s message to the World has been that ‘No human is limited’ and he hopes to prove this to the World by achieving the INEOS 1:59.

Last Preparations before the race

Kipchoge is set to leave Kenya tonight for the INEOS 1:59 Challenge in Vienna, Austria. When he arrives in Austria the Kenya star athlete is expected to jog over the 4.3km Prater Hauptallee course.

Depending on weather conditions, Kipchoge is expected to attempt the sub-two-hour marathon between October 12 and 20.

This is the second time that Kipchoge will be attempting to finish a marathon in under 2 hours after his first in 2017. Kipchoge ran the 42Km in 2:0025 on May 6, 2017, and will hope to shave off 26 seconds to dip under the landmark two-hour barrier.