A vegetable retail market. MacMobile develops software that is already helping dozens of established firms across Africa to manage their distribution chains.

Kenyan firms are losing millions due to mismanagement of stock that is still done manually many Small Medium Enterprises (SMEs).
This is according to Andrew Dawson, Commercial Director at MacMobile Technology firm.

Dawson says local firms are losing millions in the country due to stock loss that occurs mainly through line of sight, breakages and theft.

“We estimate that the country is losing about three percent of stock due to mismanagement of stock movements,” Dawson added.

He says that about 30 percent of SMEs in Kenya are still using a manual system that is making it difficult for them to manage stock.

“Many SMEs are still using a book and need to automate in a bid to reduce costs and increase efficiencies that will also enhance productivity,” he added.

According to a warehousing market study conducted by Tilisi Development Ltd most of the facilities in the country that traders and producers rely on as warehouses lack adequate space, are in wrong locations or simply have unsuitable infrastructure.

The survey raises health concerns as food and beverages account for nearly one-third of goods that exchange hands in places like Ghana, Kenya and Nigeria, according to a recent report released by McKinsey & Company.

Going by the Tilisi survey, demand for warehousing facilities is on a steep climb with 16 per cent of respondents having sought the services in 2017/2018 compared with nine per cent the previous year.

From the survey, almost a fifth of manufacturers in Kenya have lost sales in the past five years on a warehousing shortage, a challenge that is only getting worse.

“With the demand for warehousing on the increase, Kenyan firms need to invest on its distribution Management system. That is why we have opened our offices in Kenya, to give this solution to everyone in the market and the region as a whole, from multinationals to SMEs,” he added.

MacMobile develops software that is already helping dozens of established firms across Africa to manage their distribution chains.

The system, dubbed Field Force generates internal intelligence that helps firms to know what happens to their product from production to consumption.

The firm is already working with Established brands like Coca Cola, Unilever, Safaricom and other independent wholesalers. 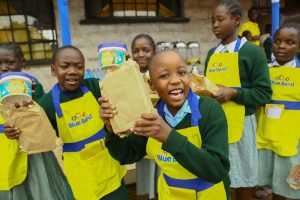