In 2018, data from Airbnb shows Kenyans using the platform earned 4.95 million dollars by renting out their homes to tourists. This is money snatched from traditional tourism players.

The online services are allowing home owners to turn their entire houses or unused rooms into hotels and lodges, accommodating both international and domestic tourists.

The home-owners do not need to own a hotel or a lodge to offer accommodation to tourists, and that is what is changing the game in the industry.

Behind the disruption in the country is accommodation listing firms such as Airbnb, Booking.com and Alltherooms.com, among others, which are taking the industry by storm.

Data from Alltherooms shows it had over 2,000 listings and Airbnb 6,500 mostly at the Coast, Kenya’s tourism bedroom.

Dozens of Kenyans with homes in Nairobi, Mombasa and Kisumu and other towns where tourists flock are warming up to the services, making some money from their properties that would otherwise remain idle.

Airbnb, on its website, says it allows travelers to stay as locals in their destinations and gives home owners opportunities to connect with diverse people and earn money.

In July 2018, John Mutheu, a resident of Machakos, south of Nairobi, listed his two-bedroom house in the town under Airbnb.

It did not take long before he started getting enquiries. His best moment was in April during the Easter holiday when a family of three booked the house, paying him Ksh 15,000 (US$150) for the three day’s stay.

“It was one of the best deals that I have ever gotten since I went into the business. While staying there, the family prepared their own meals as they toured around,” he said on Sunday.

The domestic tourists saved a great deal because if they had gone at any hotel in the area, they would have paid at least US$70 (Ksh 7,000) per day per person, thanks to the Easter peak time.

Journalist Beatrice Njoroge, 34, a frequent domestic tourist at the Kenyan Coast, noted on Monday that she has used Airbnb twice and loved the self-service accommodation which enables one spend less.

“I was hosted at a separate house in a compound of a family in Kilifi and I liked the fact that I was living just as I do at my home. I was with my son and there was another family living in the next room. I paid 40 dollars per night and cooked for myself,” she said.

In 2018, data from Airbnb shows Kenyans using the platform earned 4.95 million dollars by renting out their homes to tourists. This is money snatched from traditional tourism players.

Kenya Association of Hotelkeepers and Caterers Coast branch executive officer Sam Ikwaye acknowledged in a recent interview that the online listing firms are eating into their business, without investing much in the trade.

He noted that the online firms are enabling home owners do business without paying taxes, creating an uneven playing field.

Faced with the risk of losing business, some hotels in Kenya have joined the bandwagon, using the online accommodation services to market their services.

One such a facility is Kaskazi Beach Hotel, whose manager Daniel Ogechi noted they use Airbnb to get both local and international tourists.

However, the traditional tourism stakeholders are pushing for the licensing of all players in the industry, including those listed on online platforms to cushion them from unfair competition.

Tourism Regulatory Authority is currently working to facilitate registration and remitting of taxes by the online business, according to Joseph Cherutoi, Tourism Fund chief executive.

Real estate firm Knight Frank’s 2018 global city report shows the popularity of online listing firms is growing across the world due to young travelers who prefer convenience of the internet and travel on low budgets.

Kenya’s tourism sector registered an improved performance in 2018, with the number of international visitor arrivals increasing to 2.03 million from 1.78 million in 2017, according to the recently released 2019 Economic Survey. The sector earned Kenya US$1.55 billion (Ksh 157 billion) do that year. 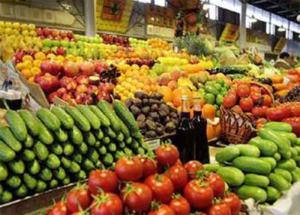