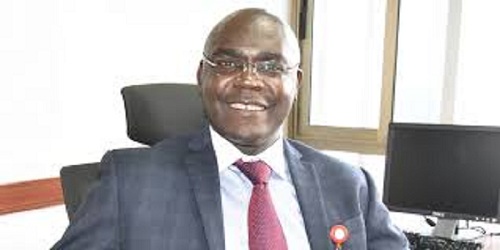 Mr Obell, becomes the first Kenyan to be appointed to the position joining 24 other members from various countries across the globe, who were appointed by the UN Secretary General in August 2017 to serve for a four year term, until June 30, 2021.

The Committee of Experts on International Cooperation in Tax Matters is responsible for updating important UN international tax documents, which form the basis of many countries’ tax laws and tax treaty negotiations.

Mr Obell, who is currently a Chief Manager in KRA’s International Tax Office, has worked for the Authority since 1997.

Previously, he served as  the chairman of the of the Africa Tax Administration Forum (ATAF) transfer pricing working group, a group mandated with promoting transfer pricing capacity within Africa. He also participated in the international forums as a speaker on transfer pricing.

Mr Obell is a lawyer, a qualified accountant and member of the Institute of Certified Public Accountants of Kenya with over 20 years of experience in tax administration.

In a press statement, Mr Obell said he intends to use his time at the committee to advocate for tax rights of developing countries, especially when entering into trade negotiations.

“This is the first time in the history of the committee for a Kenyan to have been appointed, which demonstrates the importance of the great work that KRA has consistently done to place Kenya firmly as a key player in the international tax arena to deserve this honour,” Mr Obell said.

The Chief Manager said he will use his expertise to enhance the capacity of developing countries to deal with complex cross-border schemes that deny them tax revenues, as well as enhance Kenya’s reputation of being ranked highly in cross border transactions to stem back illicit financial flows and improve domestic revenue mobilisation.

The new membership of the UN Committee of Experts on International Cooperation in Tax Matters, a subsidiary body of the Economic and Social Council (ECOSOC), includes individuals from India, Japan, China, Brazil, Singapore, Russia, Canada, Germany and Netherlands.

Out of the 25 members, 23 of them work currently for their government in tax positions, however, members act in their personal capacity when engaging in UN tax committee work.

The Economic and Social Council (ECOSOC) is one of the six main organs of the United Nations established by the UN Charter in 1946, with a mandate of coordination, policy review, policy dialogue and recommendations on economic, social and environmental issues, as well as for implementation of the internationally agreed development goals.