Nyaribari Chache MP Richard Tong''i with Kashinath Gawli, who loaned him 200 Rupees 30 years ago while studying in India.

How many of us remember favours extended to us many years ago and take the step to return them? Not many.

Nyaribari Chache MP Richard Tong’i is, however, an exception. This week, he made the trip to Aruangabad, India to repay a Ksh 300 (Rs 200) debt that had been outstanding for 30 years.

When the MP went calling to meet his old benefactor, Kashinath Gawli, septuagenarian was overcome with emotion to see him.

Tong’i was a student of management studies at a local college in Aurangabad during 1985-89.

When he left for Kenya, he had not repaid Gawli, who then ran a grocery shop in the Wankhedenagar locality where the MP stayed.

When he went back, Gawli’s joy knew no bounds.

“I could not believe my eyes,” he told journalists.

Tong’i, who visited Aurangabad with wife Michelle, said this was an emotional journey to make. He was in tears as he met Gawli.

“As a student in Aurangabad, I was at my lowest point, when these people (Gawlis) helped me. Then I thought that some day, I will come back and (re)pay. I want to say thank you. This is so emotional for me,” the New Indian Express quoted him as saying.

“God bless the old man (Gawli) and his children. They were wonderful to me. They wanted to take me to a hotel for meal but I insisted that we should eat in their house,” he said.

Before leaving Aurangabad, the MP invited Gawli to visit Kenya.

Tong’i, who is serving his second term, is a darling among his constituents thanks to his heavy investment in education.

He has been hailed for putting the Constituency Development Fund (CDF) money  into proper use by setting up new structures across all learning institutions in the constituency.

Following his latest gesture, many have been praising him on his social media page, where he posted a story on the trip and a photo of him and Gawli.

“I am so touched with this emotional journey. I think is good to give in a small way but with a greatest love,” Peter Maera wrote.

“This is wonderful! It’s only those who have humility and have God’s fear in them.May the lord expand your territories Mheshimiwa,” said Joyce Moraa Ombati.

“Honorable Richard Ton’gi, that’s honestly a brilliant move going in person all the way to India to pay the debt of 200 rupees. No wonder they say, do not forget where you have come from, I’m sure the old man must have been overjoyed, remain blessed,” added John Suleiman.

Read: At 19, self taught innovator is spearing Africa’s digital solutions

However, there were also critics including one who asked him to fulfill some of his campaign pledges, including roads construction, and another who claimed he has not reciprocated assistance he got in Texas, US before he became an MP. Another termed it a PR stunt. 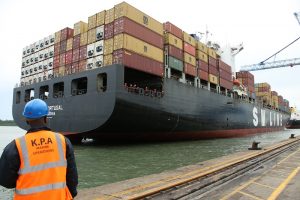