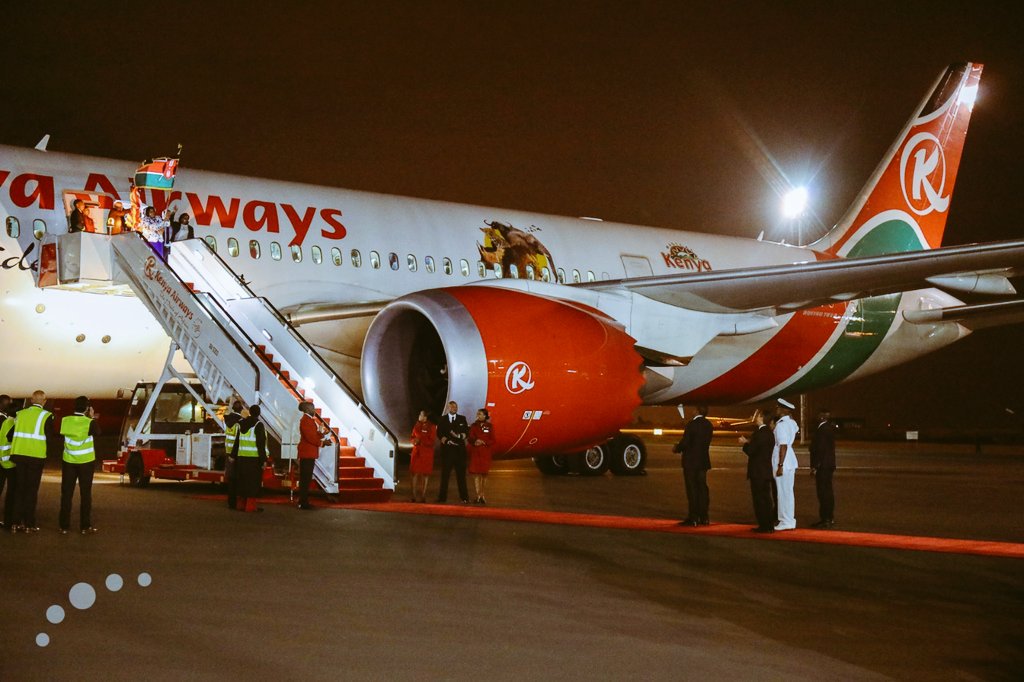 One day after Kenya Airways Chairperson Micheal Joseph branded the Kenya Aviation Workers Union (KAWU) “saboteurs”, the national carrier has received a timely boost after the airline secured an injunction barring the union from advising its members to boycott the maiden direct flight to the United States on October 28.

The airline had moved to court to ensure that the strike does not inconvenience the flight.

KAWU wants implementation of a Collective Bargaining Agreement (CBA) that the two parties are currently locked in negotiations on as well as a review of the working terms of the union’s members before they render their services during the 15 hour flight to New York.

The flight adds another 3 hours to the normal working hours of the crew. The union wants their members compensated for the extra shift.

Kenya Aviation Workers Union Secretary General Moses Ndiema in an interview with Citizen Digital on Thursday said that the flight will only be operational once the union signs a deal to cover the extra working hours.

Mr. Joseph during an interview with NTV on October 25 warned that the planned strike would be damaging for the airline because of its significance to the Kenyan transport sector.

“The union used their muscle because they know how important this flight is to the country and if they had been successful, it would have been extremely damaging to Kenya Airways. That was sabotage. To call for a strike on Monday when the flight is leaving Sunday is an attempt to leverage the flight for personal gain,” said Mr. Joseph.

READ: KENYA AIRWAYS WORKERS UNION WARNS OF STRIKE AHEAD OF DIRECT US FLIGHTS

Before Jomo Kenyatta International Airport (JKIA) secured the Last Point of Departure clearance on August 29, the government had for a long time engaged the United States in a bid to secure direct flights, attempts which were rebuffed a number of times before Kenya’s advances were finally accepted.

The direct flights will cut flight time between Nairobi and New York by seven hours.