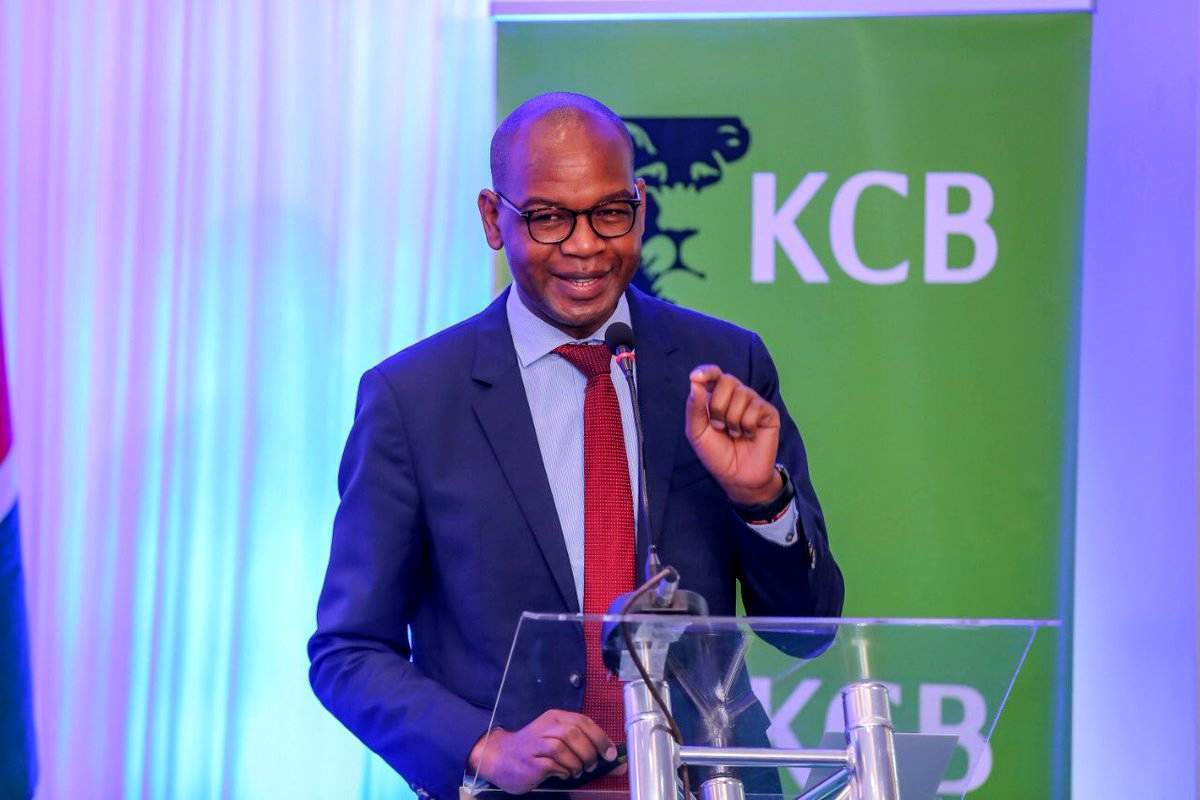 KCB Group Plc on Wednesday announced a 40.2% dip in profits through the first half of 2020 to Ksh7.6 billion from Ksh12.7 billion recorded in a similar period last year on COVID-19 defaults and restructuring efforts implemented by lenders in the country to cushion Kenyans from the economic effects of the pandemic.

The bank’s assets grew by 28 percent to Ksh953.1 billion, funded by customer deposits and existing business growth while net loans and advances grew 17 percent to close the period at Ksh559.9 billion.

Customer deposits grew by 35 percent to Ksh758.2 billion while net interest income earned in the period rose to Ksh31.1 billion from Ksh25.4 billion.

“The second quarter was the toughest in our recent history as the pandemic hurt economic activity across markets. Most of the key sectors were nearly shut down and our customers continue to face unprecedented challenges,” KCB Chief Executive, Joshua Oigara said in a statement.

KCB Group is however struggling with Non Performing Loans (NPLs) with its bad loans stock (NPLs) expanding by 214.6 percent to Ksh83.9 billion from Ksh39.1 billion. The quality of KCB’s assets is affecting its financial performance.

The lender has halted payment of interim dividends as Earnings Per Share dropped to Ksh4.72 in the period from Ksh8.30 last year. The move is aimed at gauging how the economic climate unfolds before further decisions can be made.

KCB’s negative performance was reflected in its subsidiary, National Bank of Kenya (NBK) which slid right back into loss-making, posting a loss of Ksh381.3 million during the period under review compared to Ksh107.8 million profit in 2019.

“We remained resilient during the first half of the year, despite the slowdown occasioned by the pandemic. We are replacing non-performing loans with quality ones, and constantly innovating to align with current realities,” NBK Managing Director Paul Russo said in a statement.