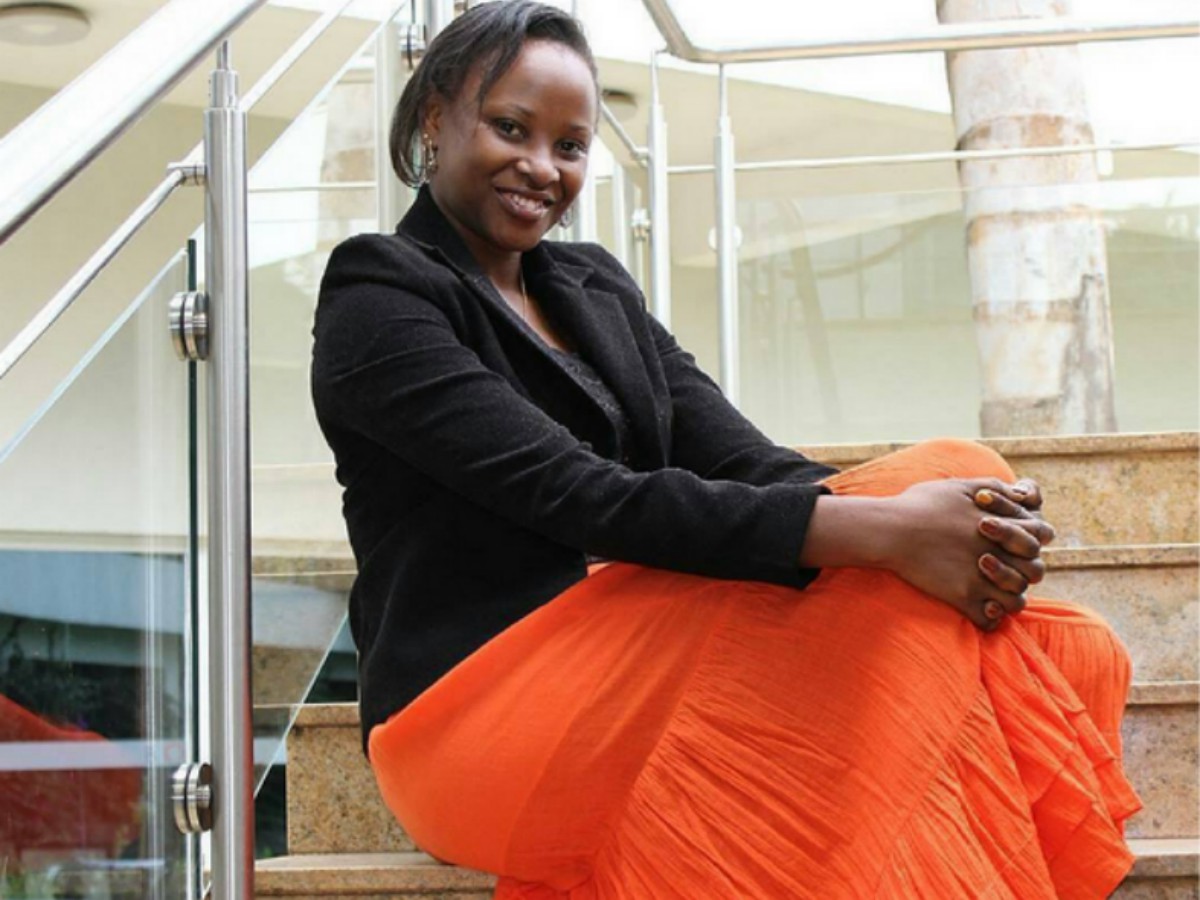 [dropcap]C[/dropcap]itizen TV news anchor Kanze Dena turned emotional and broke down in tears while narrating her past and how she attempted to commit suicide twice. Appearing on Maisha Magic East’s Stori Yangu show, the talented Swahili newscaster recounted how she lost her first child, Nathasha, saying up to date, she does not know what killed her as she was okay and health.

Kanze said she conceived the baby while working in her grandfather’s restaurant as a potato peeler and later as a waiter in 1997, adding she managed to hid the pregnancy until she gave birth.

It is then that she met the man who would later make her pregnant, though she at first she had doubts as she was suffering from low esteem.

The situation got complicated when the kid’s father took off after learning she was pregnant. At some point she thought of giving up the baby for adoption immediately after birth but her mother learnt about it while in the delivery and managed to convince her to keep the baby.

She registered for a journalism course as her mother took care of the baby but unfortunately, she died in her sleep three months later, which threw her into depression but she managed to overcome her predicament.

“I began questioning God why He had taken her away just when we had a perfect relationship? My salvation also got very shaky and things got real bad for me. It made me feel that God was punishing me,” she narrated as tears rolled down her cheeks.

In a past interview with Citizen Digital’s Brian Okoth, Kanze also revealed how she also had to put up with low-esteem because she is bow-legged. “Naturally, I have slightly bowed legs – I did not consider that my unique gait was “wrong” because no one at home mocked me.”

“When I became conscious of my development, I realised I walked differently from other girls. That is the point that I started keeping to myself. I toned down my playfulness – I was wondering what was wrong with me. Men laughed at me. I’d slouch because I wanted to hide my breasts. I’d wear long clothes to hide my legs too – I used to be very shy.”

That, she says, was when she marked the beginning of her struggles with low self-esteem. “I did not feel like I was as beautiful as other girls.

The guys would always laugh at me – ‘Huyu msichana ywatembeaje?’ They’d constantly ask.”

“I would lock myself in a secluded room and bury my head in books. That’s where they could not get me because we fought for top spots in class. I am also a talented actor; so during drama festivals, I would act and recite poems exemplary well. I had something that everyone applauded me for. That was my escape,” she revealed.

“In Embu and Eastern Province I was a well-known person! Should you ask someone who studied during my times if they remember a girl by the name Kellen Kanze, they would affirm that they do.”

SEE ALSO: How Julie Gichuru grew her influence in society by being humble

“That was my world. When I walked on stage, I commanded the audience – whether I was acting in a play, dancing…It allowed me to get away from the fact that everybody would laugh.”

“Boys would come and talk to me because I had become a star! They respected my Swahili prowess and articulation. I think that was a mechanism God gave me to survive.”

“The moment drama festivals were done, I’d go back to the same cocoon and realise I am different from other people. For a very long time, I’d never allow myself to wear clothes that were fitting. I thought I had a big bust and unattractive legs.”

“When I was in standard seven, I was appointed the school’s head girl. I felt a little bit important, but still; I did not want to be different. Honestly, if I had the opportunity to enhance my looks and alter parts of my body, I would have changed the way my legs looked.”

How did she finally overcome low self-esteem?

“It has been a long journey for me to come to terms with my body – to know that it was mere biology that played a part in my fast development, that it wasn’t my fault. By the time I understood all that, I had already ruined my posture – even now I slouch.”

“I am more victorious now than I was then. However, I still face criticism from people who think I am less than beautiful – especially women. I have encountered some who occasionally give me side-eyes because of my gait.”

“Low self-esteem pushed me to contemplating suicide at one point. Right now I am in a better place. I am more victorious.”