Janet Mbugua , who as an actress played the lead in television series Rush, started her career as a presenter at Capital FM Station at the age of 19.

Former Citizen TV anchor Janet Mbugua is set to make a comeback to a screen near you after landing a deal with NTV to host a new programme.

Mbugua, who quit her job at a prime TV news anchor due to fatigue and in order to spend more time with her then 1-and-a-half-year-old son, announced on her social media platforms that she will soon unveil her new show, HERE & NOW with Janet Mbugua.

The media personality, who as an actress played the lead in television series Rush, started her career as a presenter at Capital FM Station at the age of 19.

She was student Limkokwing University of Creative Technology, Malaysia for her degree in Mass communication and also holds, among others, an MBA in Global Business Management from the Swiss Management Academy in Nairobi.

Apart from Citizen TV, she has previously worked as a news anchor, reporter and producer as well as part-time host of a Pan-African current affairs show, Africa 360 on South Africa’s eTV.

She is also the Founder and Director of Media Avenue Limited, which provides public speaking, moderating & emceeing services.

Mbugua also runs her own YouTube channel where she shares her life with her fan base and is the founder of Inua Dada. She has in recent weeks been at the forefront in championing the need to review government policy on menstrual health.

So this is happening! I’m back on TV! With @ntvkenya, on Thursdays…#HereAndNow. The butterflies in my stomach are REAL, but so is my excitement! Follow @hereandnowke for details!

By taking up a new role at NTV, she will join form Kiss TV presenter Grace Msalame, who hosts the Unscripted With Grace show. 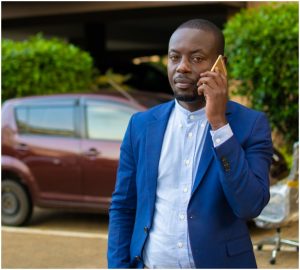