An aerial view of the Southern By-Pass

If you are looking to buy land in Ngong, Kajiado County then be prepared to pay top dollar as the different developmental projects being undertaken in the area are expected to drive the prices of land to an all-time high.

The Ksh4 billion 70 kilometre Ngong-Ewaso Kedong-Suswa road launched on August 15 and expected to be completed on August 2019 as well as the dualling of the Ngong Road are the projects expected to fuel the proliferation of land prices in the fast developing town.

Dualling of the 2.5 kilometre Ngong Road Phase 1 stretching from The National Library to Prestige Plaza which cost the taxpayer Ksh 1.3 billion was completed in January this year.

Phase 2 of the project stretching from Prestige to Dagoretti corner (3.4 kilometres) which will cost Kenyans Ksh2.2 billion was launched in March is expected to be complete by July 2019.

Completion of the Ngong-Ewaso Kedong-Suswa road will allow motorists a shorter access to Narok County from Kajiado while the dualling of the Ngong road is intended to ease movement of traffic, urbanize towns along the route and spur economic growth of Nairobi and Kajiado counties.

Karen and Ngong will be the biggest beneficiaries of these projects and this is where land dealers come in.

A report by Username Properties, an investments company, released on September 29 revealed that once these projects are complete, land in Ngong will be unaffordable for most Kenyans.

“It is advisable to invest in Ngong now because land is relatively affordable. We won’t be able to say the same thing in two years once the projects are complete. By that time the prices will have skyrocketed,” reads the report.

In April, The Kajiado County Land Prices Report indicated that Ngong town closed 2017 at an average of Ksh18.9 million an acre, up from Ksh10.3 million at the close of 2012, recording the highest growth in 2017, at 12.9 percent.

Land dealers have forecasted a growth of land prices in the area this year.

According to the report, investors prefer to invest in Ngong because of the town’s urban feel, accessibility of building material facilitated by proximity to quarries which makes it easy to venture into construction.

Accessibility of water from underground reservoirs in Ngong remains an attractive proposition for investors looking to settle in the area. 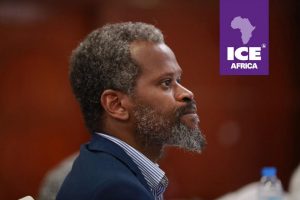 Blockchain is the next frontier in Africa
An interview with John Kamara, Director for Global Gaming Africa,…