Nairobi lawyer Nelson Havi as moved to court to stop the Law Society of Kenya (LSK) elections from happening on February 22 this year.

Havi had instituted a legal suit challenging LSK’s decision to disqualify him from vying for the society’s President, terming the requirement that one must have practised to at least 15 years as discriminatory.

But while dismissing the suit, High Court Judge John Mativo said the court cannot interfere with the rules of an organisation

“We are dissatisfied with the Judgment of the High Court but respect it as we should. We will, however, challenge the entire decision in the Court of Appeal and seek to stop the election scheduled for 22.2.2018 pending the determination,” said Havi.

He said his lawyers are under instructions to file a notice of appeal so as to have the matter heard on Tuesday February 6.

In his ruling, Justice Mativo said that if any discriminatory clauses affect his candidature, then this could be resolved by the LSK membership in a general meeting.

“The organisation that governs the affairs of lawyers is a statutory organisation. It turns logic on its head for a decision to be made that we need to go back to the AGM to challenge a discriminatory position,” said Hevi. 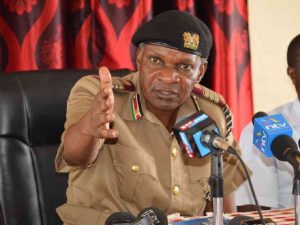