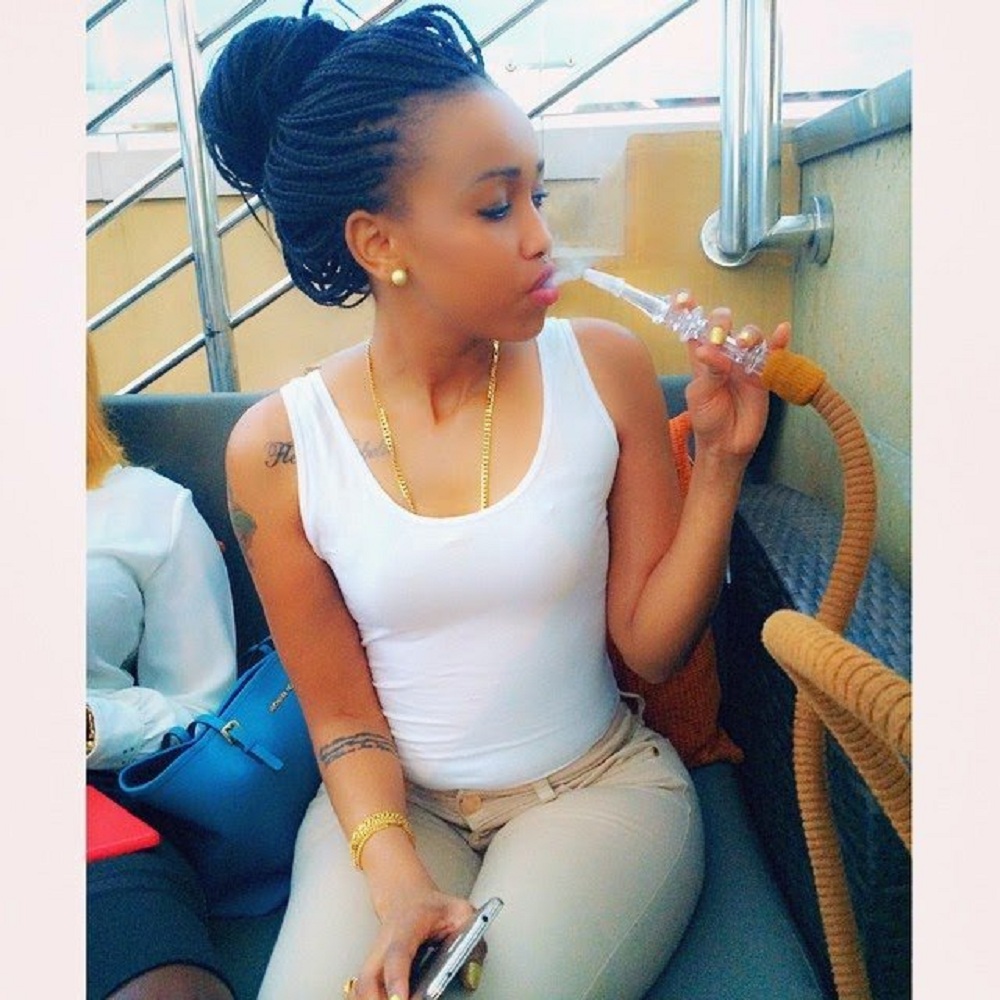 The government is set to ban shisha smoking in Kenya if a legal notice circulating online is anything to go by. This comes a time when former NACADA chairman John Mututho and the Leader of Majority in Parliament Aden Duale have asked the government to follow the example of Rwanda, which banned shisha a fortnight ago.

The legal notice, which is yet to be signed by the Cabinet Secretary for Health Dr Cleopa Mailu, states that “’shisha’ includes tobacco products that may be flavoured that are consumed using a single or multi-stemmed smoking instrument that contains water or other liquid through which the smoke passes before reaching the smoke and whose syrup tobacco content includes molasses, honey, vegetable glycerol and fruit flavours including apple, grape, guava, lemon and mint.”

Mututho argues that shisha can be easily adulterated with cannabis and heroin, alluding to a study conducted by the University of Nairobi which found out that shisha has traces of opiates, an addictive substance that dulls the sensesand induces a false and unrealistic sense of contentment.

Rwanda followed neighbouring Tanzania in banning shisha on the grounds that it is addictive, dangerous and damaging to human lives. Tanzania issued the ban in July last year over concerns of links with drug or alcohol abuse.

“Little is known about the composition of shisha consumed locally, especially the possibility of adulterated with prohibited substances,” said Mututho as quoted by the Star. “While all the samples tested negative for marijuana and cocaine, they all tested positive for opiates.”

Mailu told The Star on Thursday that discussions on the ban, with various government departments, were ongoing.

“We are contemplating banning shisha … we will definitely do that,” he said by phone.

“We are in discussions with the Attorney General (Githu Muigai) on developing the legislation. The document being circulated online was probably being prepared for my signature but it’s not final and we are not yet there.”

On his side, Duale, through a tweet, said that Kenya needs to emulate Rwanda and ban shisha smoking.

READ: Why Itumbi and Co. are going nowhere

Recently, NACADA also raised concern on the emergence of electronically charged shisha hookers, a pen-like device with a refiner that can be smoked anywhere without being noticed.

Mombasa County Government early this month conducted a clampdown on shisha smoking in the county. According to the County Health Chief Officer Dr Khadija Shikely, shisha smoking is lethal than cigarette.

“One gulp of shisha is equivalent to smoking 10 sticks of cigarette. It is a health hazard that has to be eradicated immediately,” she said.

Shisha smoking is common in many Arab countries and in Tanzania was traditionally an activity associated with Arab or Asian groups.

However, as in Europe, it has grown in popularity across society in recent years.

Here is the “leaked” legal notice: 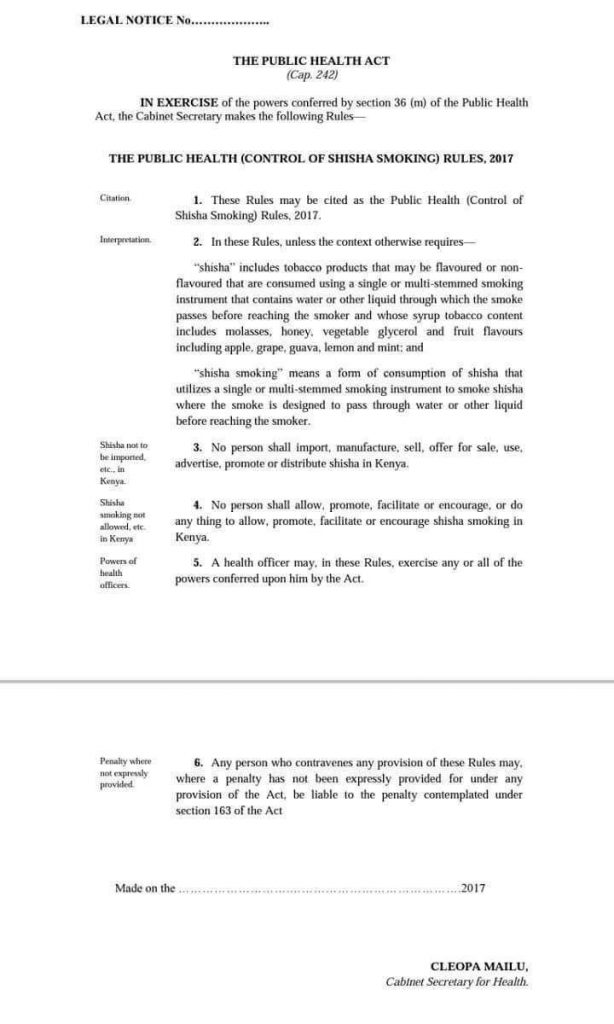 Doctors say there is a “misconception” that shishas are not as harmful as cigarettes and the British Heart Foundation says an hour-long shisha session can be the equivalent of smoking more than 100 cigarettes.

“Traditionally shisha tobacco contains cigarette tobacco, so like cigarettes it contains nicotine, tar, carbon monoxide and heavy metals, such as arsenic and lead,” it says.

“As a result, shisha smokers are at risk of the same kinds of diseases as cigarette smokers, such as heart disease, cancer, respiratory disease and problems during pregnancy.”