An earlier anti-SGR Protest in Mombasa. A journalist was attacked while covering a protest on Monday in a series of sustained attacks against reporters. [Photo/Mohammed Ali]

Kenya’s economy is in the doldrums and the ruling elite do not want to give Kenyans the clear picture.

This is despite the fact that Kenyans are losing jobs every day as companies close down with few investors taking the place of the collapsed entities.

Despite the rosy picture being painted by the government, there is a disquiet in several quarters with even the Central Bank of Kenya (CBK) disagreeing with the government’s take on the growing GDP.

“It’s true you have GDP numbers, but you can’t eat GDP. At the end of the day, what’s needed is specific income, plus jobs,” he said.

And even before Dr Njoroge’s sentiments faded, the World Bank released a report saying that Kenya’s ambitious Sh3 trillion budget was unrealistic going by the economic projections.

While the report was coming just months after the country unveiled its biggest ever budget, the numbers cannot be lying. During the reading of the budget in June, the then Treasury CS planned to spend Sh3 trillion against Sh1.8 trillion in tax revenues.

This plan was highly unrealistic in a country where citizens suffer double taxation.

The government’s appetite for taxes was being fuelled by among others, several major infrastructural developments in the first half of 2019 which were expected to transform several facets of the country’s economy.

However, going by the CBK’s stand, it meant that the developments were not impacting the common man the way they should have.

The biggest indictment of the government’s fiscal planning failures were summed up by Dr Njoroge saying that it did not matter how big a number the GDP was as long as it was not felt by those who need it most.

“If it is just driven by infrastructure that doesn’t quite bring income to your grandmother. She needs to care not because it is 6.5 per cent, but because of what really hits her pocketbooks,” he added.

Among these projects were roads that are expected to open up the country further, easing congestion and providing access to the economic centres in the country.

Kenya’s infrastructural advancement is thanks to retired President Mwai Kibaki’s administration which opened up the sector by launching massive projects around the country.

The Jubilee government has just been taking the shine continuing with the projects spearheaded by the country’s most impactful leadership so far.

By the time he was leaving office in 2013, Kibaki’s administration had managed to improve one of the messiest roads in Nairobi, Thika Road, by reducing congestion which could last for hours.

Some of the projects initiated during his tenure are still underway.

The Kenya Urban Roads Authority (KURA), is expanding the Eastern and Northern bypasses from two lanes to four lanes. This will open up the eastern and northern areas of Nairobi which have so far been affected by heavy traffic congestions.

Construction of the 16.7 KM Western Bypass commenced in January.

The bypass is being built by China Road and Bridge Corporation at an estimated cost of Kshs 17 billion. It will run from Gitaru to Ruaka on the Northern Bypass.

The Waiyaki Way-Red Hill dual carriageway opened in May this year. The 5 KM link road, which links Waiyaki Way to Limuru Road, passes through major residential areas such as Kyuna, Spring Valley, Nyari, Kitisuru and Peponi.

It was aimed at reducing traffic congestion and improve accessibility to the areas it traverses.

To boost shipping in the region, several infrastructure projects commenced in Lamu County.

One of the projects is the 15 KM, Kshss 1.1 billion Mokowe Urban Road in the county which is to be completed in the second half of 2019.

The 135 KM Lamu-Garsen Road, costing around Kshs 10.8 billion, was contracted to H-Young Company and is also expected to be completed in the second half of 2019.

But, will these projects transform Kenya’s dwindling economy and bring back the hope and optimism Kenyans have running their day to day affairs?

The Standard Gauge Railway (SGR) has been a sore thumb for the government which is at pains to convince Kenyans to use it for freighting.

In October, protests erupted against a government directive to importers that they transport all containers headed to Nairobi using the SGR.

In the protests were some MPs, truck drivers and activists who said they would continue with the demos every Monday until the government rescinded the directive.

In desperation for numbers to make economic sense, the government had suspended the directive but it was being implemented nonetheless.

Mvita MP Abdulswamad Nassir who joined the protestors said that on paper, the policy was rescinded but being implemented on the ground which was a contradiction.

In August, Transport Cabinet Secretary James Macharia defended the directive saying that ferrying cargo through the SGR was much cheaper than using roads.

The order issued in August stated: “All imported cargo for delivery to Nairobi and the hinterland shall be conveyed by Standard Gauge Railway (SGR) and cleared at the Inland Container Depot – Nairobi.”

Macharia who has courted controversy in ever ministry he has headed however told the Parliamentary Committee on Transport that the order had been suspended to allow for more consultations.

For a government that is used to bulldozing its way without public participation, will all the hyped projects-some of which have collapsed- improve the lot for a majority of Kenyans? 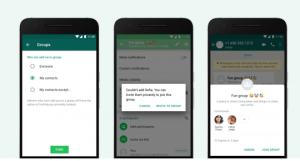