Reports that the Director of Public P*********n (DPP) has summoned Deputy President William Ruto regarding the Arror and Kimwarer dams saga where billions were lost are untrue.

A letter that was widely shared in WhatsApp groups alleges that  the DPP, Noordin Haji, has summoned DP Ruto to shed more light on the saga regarding his “public utterances”. In a tweet on Friday, October 22, 2021, the DPP said the letter was doctored and did not originate from his office. 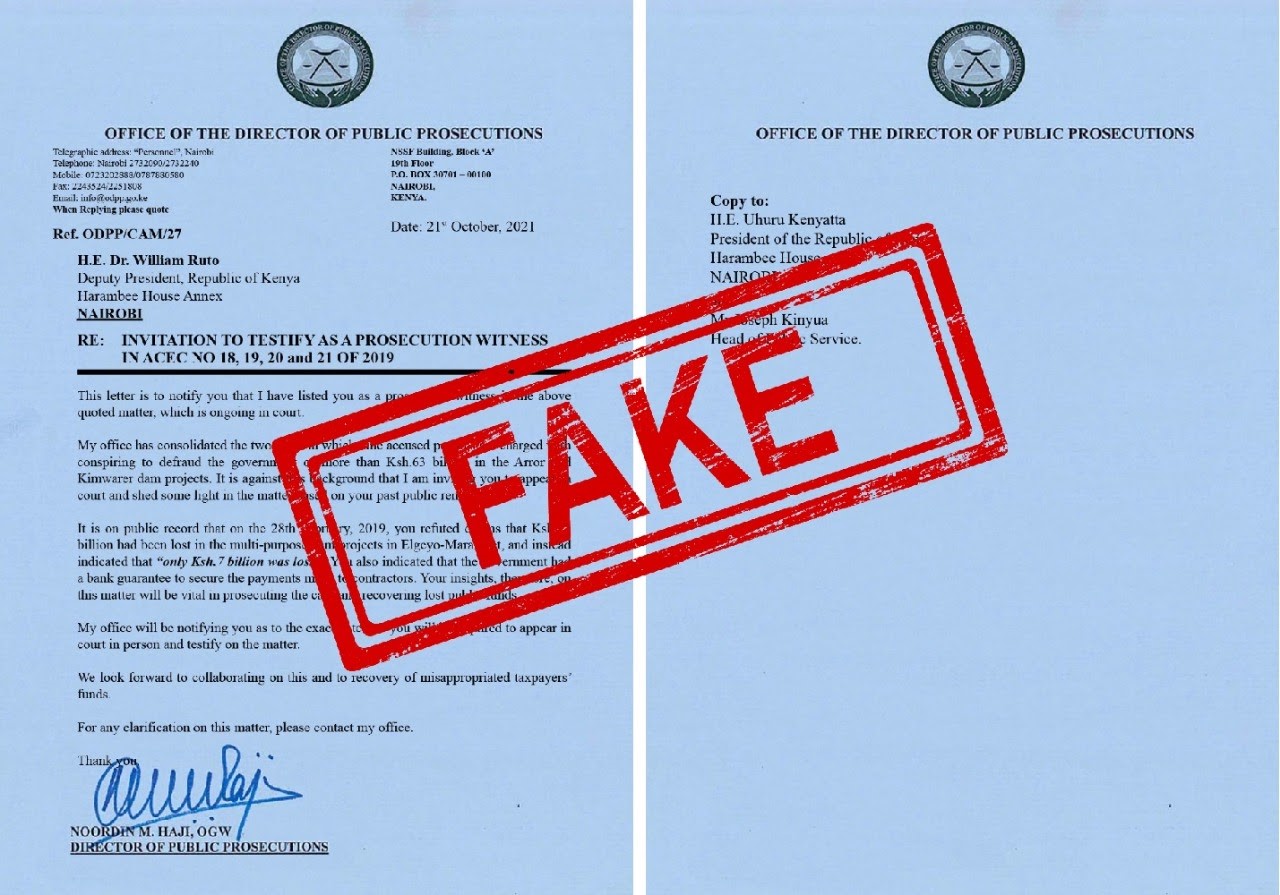 “The above letter circulating on social media is fake.  We wish to state that no such letter has been written in relation to the Arror and Kimwarer case,” said the DPP.

In February 2019, DP Ruto refuted claims that Ksh21 billion meant for the two dams had been lost, putting the figure at Ksh7 billion which he said had been accounted for.

“You have heard, for example, that the government has lost Ksh21 billion in the Arror and Kimwarer dams which is a flat lie. The money in question is about Ksh7 billion and for every coin that has been paid, we have a bank guarantee,” said Ruto in 2019.

AT least 18 people, including former Treasury CS Henry Rotich have been taken to court for the alleged loss.

>> It’s a Tough Life For Betty Kyallo Outside There

In September 2019, President Uhuru Kenyatta ordered a stop to the construction of Kimwarer Dam in Elgeyo Marakwet county after a technical committee established that no current reliable feasibility study had been conducted on the dam project.

On the Arror Dam, after a detailed technical review, the Technical Committee was satisfied that the project was economically viable but noted that it was overpriced. As such, a cost rationalisation plan was proposed that would ensure the project is implemented cost effectively without affecting its performance and output.

VERDICT: A letter widely circulated in WhatsApp groups indicating that DP Ruto has been summoned to shed more light on the saga regarding his “public utterances” is FAKE as it has been disowned by the office of the DPP.