An image of a website article headline claiming that the United States of America has backed Kenya in rejecting the ICJ ruling on the maritime border dispute case with Somalia is false.

The image, shared by other Twitter users as well, has the CNBC logo and branding with the headline, “US Rejects International Court of Justice Ruling on Kenya”.

This came after the ICJ rejected Kenya’s claim to the disputed territory and divided the maritime border but awarded nearly two-thirds of that territory to Somalia. Business Today searched CNBC website for the article and headline but found none. Also, an online search for the headline did not yield any articles where the US has rejected the ruling. 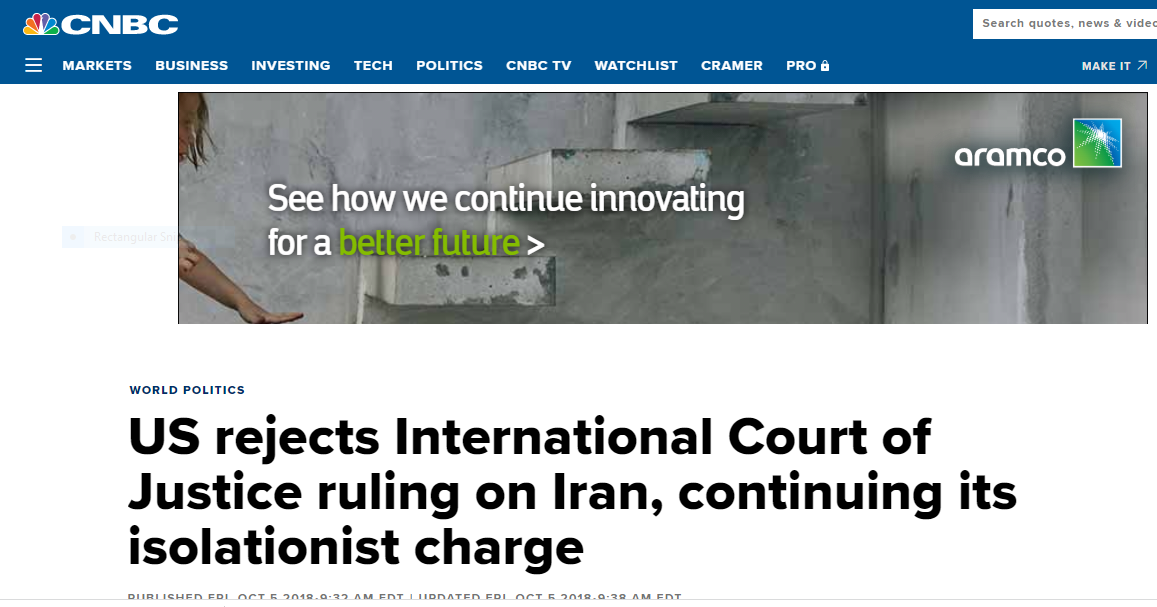 The image shared on social media had a genuine page of CNBC altered by editing the headline to include Kenya and is thus fake.