President Uhuru Kenyatta with High Highness the Aga Khan when he paid him a visit at State House, Nairobi in April this year. The two hold substantive shareholding in Kenya's media.

Nation Media Group (NMG) principal shareholder, His Highness the Aga Khan, is expected to jet in tomorrow for a five-day visit in Kenya. The Aga Khan – Imam of the Shia Ismaili Muslims and Chairman of the Aga Khan Development Network – regularly tours Kenya to check on his businesses but this year’s visit will be closely watched in the wake of reports that he is considering selling off substantial shares in his flagship company, Nation Media Group, to President Uhuru Kenyatta’s family.

In fact, Aga Khan is expected to meet with President Kenyatta to discuss a range of development issues in addition to other activities relating to Aga Khan Development Network (AKDN), which manages his businesses in the region. It is understood that Uhuru, with the backing of rich investors from Central Kenya, is bidding for a big stake in NMG, Kenya’s leading media house in terms of revenues.

The Aga Khan, who founded Nation Media Group in 1959, currently holds a 44.7% stake in the company, which is listed at the Nairobi Securities Exchange. It is expected that talks on the sale will be finalised during his visit. Sources close to NMG have indicated that Aga Khan is likely to sell just a part of his shareholding, as he holds NMG very dearly. The last time the two met was in 2015, when Aga Khan visited Kenya and since then things have never been the same for NMG.

SEE: Value or hype? Why poaching journalists is a tricky affair

But he will confront a not-so-good-looking NMG, which has have been experiencing a slowdown in earnings over the past three years. The company’s board is expected to meet this week and it is believed Aga Khan will attend the meeting at which the company’s financial results for 2017 will be discussed and approved for release sometime next week.

There has been speculation about the results, with market watchers saying the delay could be a pointer to a further drop in profitability.  The group reported a Ksh500 million drop in profitability for 2016, recording Ksh1.68 billion in after tax profit down from Ksh2.22 billion a year earlier.

In the half-year of 2017, the company returned Ksh825.6 million profit after tax in the six months to June, a 5% increase from Ksh785.4 million in the same period last year.

Aga Khan got the feel of the company’s performance recently when NMG representatives presented their business at the Aga Khan global meeting in France. Also, the company has recently lost a number of journalists to its rivals, with NTV being the hardest hit. Two weeks ago, eight columnists resigned over what they termed as interference though the company’s management has defended its editorial decisions, arguing that it has always played by journalism code of ethics and its in house policies. Its share price has been hit by these negative developments.

Aga Khan’s visit coincides with the commemoration of his Diamond Jubilee, marking the 60th anniversary of his leadership as Imam of the Shia Ismaili Muslim Community.

NEXT: New survey reveals the best companies to work for in Kenya 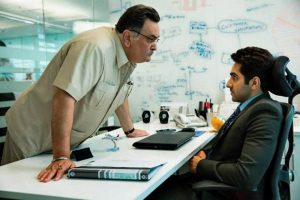