Eliud Kipchoge became the first man to run a 42km marathon in under two hours, clocking 1:59:40. [ Photo / The Independent ]

President Uhuru Kenyatta led Kenyans in showering Eliud Kipchoge with congratulatory messages after setting a historic record by running a full marathon in less than two hours, something considered super-human.

“Hearty congratulations Eliud. You’ve done it my brother, you’ve made history and made Kenya super proud while at it. Your win today, against all odds, will inspire tens of future generations to dream big and to aspire for greatness. We celebrate you and wish you God’s blessings.” – President Uhuru Kenyatta.

Eliud Kipchoge became the first man to run a 42km marathon in under two hours, clocking 1:59:40, and taking the world by storm at a specially arranged event in Vienna, Austria.

He did what he was unable to achieve in his last marathon when fell 26 seconds short.

State House said President Kenyatta called Eliud Kipchoge on Friday and wished him success in the #INEOS159 challenge. He assured the elite runner of the entire country’s backing as he sets out to make history as the first human being to run a full marathon in under two hours.

“A blistering 1.59.40!,” Deputy President Dr William Ruto said, “Congratulations for the historic achievement in shattering the sub-two-hour barrier for the marathon; you are arguably the greatest runner of all time.”

Dr Ruto, who travelled to Vienna, said undoubtedly the landmark triumph cements Kenya’s position on the globe as an athletics powerhouse.

“Your supreme tempo, fatigue-resistance, endurance, compulsion, mental strength, resolve, and tenacity are a manifestation there are no limits when you believe in yourself,” he added.

This is the stuff of history, ODM Leader Raila Odinga said.  “You captured the imagination of the whole world before this great feat and it will continue for a long time. Congratulations on becoming the first human to run a sub two-hour marathon. Kenya is greater because of you! “ 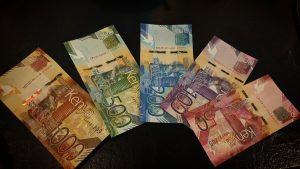 Billionaires Increasing in Kenya as Majority Slide Into Poverty
Despite the repatriation of these billions, nothing much seems to…