It is well documented that former President Daniel Arap Moi believed that the youth must get educated if the country was to achieve its dreams and aspirations.

To this effect, he on multiple occasions took initiative and had schools built and named after him in a bid to ensure that as many children as possible went to school,  but there is one peculiar thing about his education charity history.

President Moi was more biased towards the girl child and as a result, almost all schools named Moi High School are girl schools, but what is intriguing is that even those which are boy schools presently started as either girls or mixed schools to accommodate the girl child before their eventual conversion.

This theory espoused itself during a speech that the retired president made in March 2015, long after exiting the house on the hill when he called for the establishment of more girls secondary schools.

He further told the crowd that it is not wise to overlook the girl child and educate boys since they will find no one to marry after getting the best education.

“Assuming the society turned a blind eye on the need to educate girls and ignorantly enroll boys only into school and then into the best universities what will happen when they go back to their respective villages, who will they marry?” Moi posed.

Read: Kenyan Hero: The Lawyer who Brought Back Moi Day

Even the private high school named after him; Moi High School Kabarak is a mixed school.

However just like in every other case there is the exception, Moi High School Mbiruri in Embu County is a boys school.

There is also Moi Forces Academy in Nairobi which is also a boys school, its twin Moi Forces Lanet is a Girls School.

However what is clear is that there is no school called Moi Boys High/Secondary School. 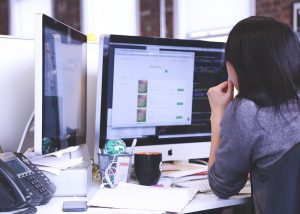 Become Expert Networking Engineer With PrepAway Exam Dumps
If you’re just starting a career in IT, you can…