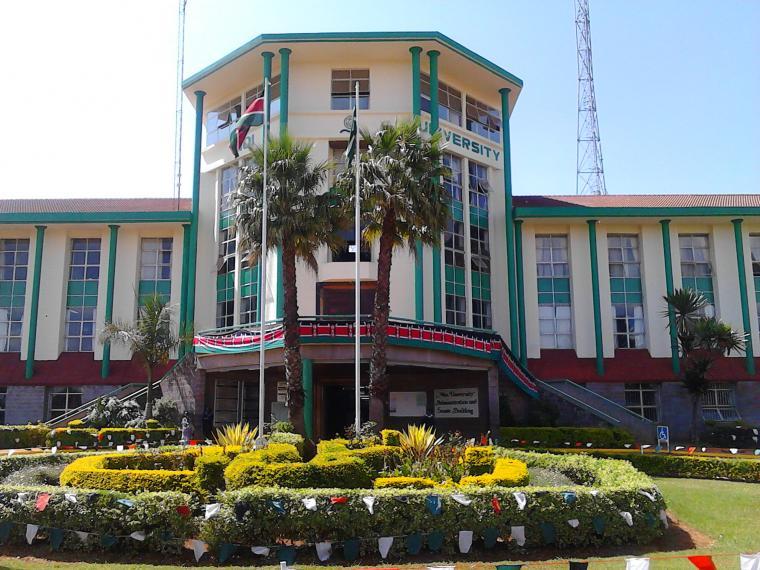 The University's management reduced the number of departments from 80 to 50 by merging some departments with others. Photo/ Citizen

Cash stripped Moi University has been forced to scrap off 30 departments as it grapples with Sh 2.7 billion debt.

Lecturers have also been moved and aligned with their qualifications at undergraduate, Masters and Ph.D. level. Several lecturers later protested the transfers saying that the changes were done without consultation as some of them had been moved to departments that they have never worked in.

However, the University’s Vice-Chancellor Prof Isaac Kosgey said that the changes were necessary to ensure that the institution runs smoothly.

“We are placing academic staff in the faculties where they are best qualified. These changes will be a game-changer as it will ensure efficiency and cut costs,” said the VC.

Publishing and Media Studies has been incorporated within the Department of Communication while Literature has been merged with Linguistics. Other departments have been merged with others according to similarities and differences.

The University has been using other mechanisms to try and manage running the institution with less cash. In March, the university relocated several students in the Education programme at its Nairobi Campus to its main campus in Eldoret. School of Agriculture Students were moved to the Kitale Campus.

The main cause for Moi University’s money problems is a said to be dwindling enrollment. The issue has affected most Universities in the country after high school performance dropped. A large number of Kenya Certificate of Secondary Education (KCSE) candidates do not make the grade required to join Universities.

The University of Nairobi has also been having a difficult time trying to cope. The University has scrapped more than 40 courses following recommendations by the government.

The Ministry of Education is already sitting on two reports that have recommended measures to rescue the university sector in the country. Education Cabinet Secretary Prof George Magoha is set to meet for the second time with vice-chancellors of public universities to brief them on a merger plan.

As part of measures to rescue the sector, the CS asked public universities to address the imbalances in the ratio of faculty/technical staff. The current ratio in some universities is 30:70.

Magoha also asked universities to rationalise staff to ease the payroll burden, in the face of reducing student enrolment and low capitation grants.

“We have proposed the introduction of tenure tracks while also systematically easing off many non-core staff on contracts,” added Prof Magoha.

Vice-chancellors are opposed to the plan to fire staff and instead want more lecturers hired by the institutions in order to increase lecture student ratio. Universities have 27,000 staff but only 9,000 are lecturers.

The universities have also asked the government to increase funding to the institutions.