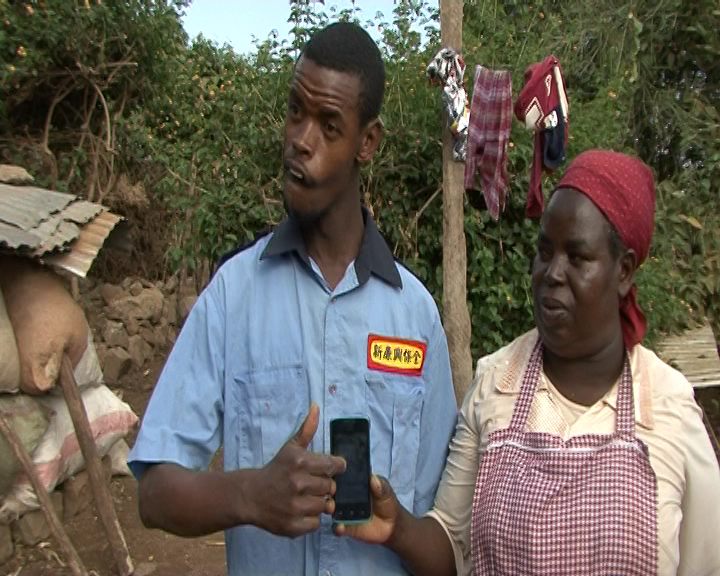 A physically challenged tout’s dream to own a Sh5.5 million 33 seater bus flopped when a Thika-based Bank repossessed it due to non-payment of loan arrears of  Sh400,000 accrued under mysterious circumstances over a period of three months.

Peter Njoroge 33, was born with physical and mental challenges and he is also mute. He bought the bus from savings while working as a Matatu tout at the Thika main stage where he used to save a minimum of  Sh20 daily for a period of 10 years.

“Njoroge has been a close friend of Manchester Sacco directors since he used to frequent the bus station with a desire of assisting passenger’s access our buses,” revealed Nicodemus Gatogo, Chairman Manchester Sacco.

The directors ordered the fleet manager to compel all the drivers to be giving Njoroge 20 shillings from every bus daily, consequently opening an account for him at a local bank.

Njoroge managed to save close to Sh400, 000 and desired to own his own bus and introduce it into the fleet of Manchester Sacco buses.

Driven by the desire to assist the young boy to realize his dream, the directors marshalled the support of well-wishers and managed to raise over Sh1.2 million which they handed over to the bank, standing surety for him.

After acquiring the bus early this year, Njoroge’s mother Jane Njeri, sold their family land and fixed it with modern music and graffiti decor before it started plying the Thika–Nairobi route making a daily income ranging between Sh5, 000 and Sh8, 000.

READ: Six annoying matatu touts to watch out for

However, due to unhealthy competition from other existing stakeholders and constant harassment from traffic police officers and Nairobi County Askaris, the bus was slowly driven out of business making it hard for Njoroge to service his loan, which he used to service at Sh176, 000 per month.

Attempts by Manchester Sacco directors to bail out his bus hit a snag after the transport business suffered a blow late last year, following the introduction of 19 seat capacity matatus and the tough competition by a rival group whose fleet of buses ferry commuters from Thika to Nairobi at a throw away price thus rendering them financially incapacitated.

The directors’ claim that most of their buses have been grounded and others repossessed by auctioneers after they also failed to service their loans.

Njoroge’s mother revealed that her son who is the firstborn in a family of four has developed an acute depression after the bus was impounded and sleeps on her bed daily mourning and wailing in a desperate attempt to find solace from her.

She fears that if left alone, Njoroge might commit suicide and therefore she can no longer leave him unattended. The mother narrated how her distraught son frequently shows her President Uhuru Kenyatta’s picture saved on his phone, alluding that the head of state will come to his rescue and redeem his bus from the hands of the auctioneers and the Bank.

Attempts to engage the Bank’s branch management did not bear fruits as the Loans Manager (name withheld) declined to comment on the matter and referred the case to the Nairobi Headquarters.

Read >> How to avoid being conned in Nairobi