For first time visitors in Nairobi City, being conned is very easy. The number of con persons increase by each day as some have perfected in their tactics it is almost a career.

These con-persons fall into many categories, the most important thing to note, however, is how to identify a con-artists in Nairobi streets and how to avoid them.

We’ve all come across preachers from the streets, public service vehicle to the bus stations. Not all of them are fake, but majority are. They hide behind ‘the word of God’ and take advantage of Kenyans inability to question the ‘man of God.’ After giving sermon, quoting the Bible, testimonies they ask for offerings because they have done the work of the lord.

Do not give offering to such preachers. No church will send out its preachers to the streets without taking care of them financially. Any street preacher asking for offerings is a con.

This group can settle for as low as Sh10. They usually focus on rich or sympathetic passer-by. These beggars pretend to be sick, mothers with kids stranded outside supermarkets, elderly women from upcountry looking for directions to bus stations, ‘students’ who have not finished paying college fees and ‘lost’ individuals looking for directions.

Social media platforms have also presented an opportunity for con-people to conduct their business. A desperate post for lack of rent, college fees, medical support are run by con persons who provide an Mpesa number. Others ran fake promotions, fake job adverts which all solicits for money before offering the said service.

They usually comprise of a seven group persons. They play a game known as ‘pata potea’. The gamer of the play places three cards on top of a makeshift table made of carton box with four to five onlookers. The gamer then shuffles the game and promises to double the cash of a player who reveals which card hold the winning card.

They target crowded areas such as bus stages where there are many gullible passers-by. An unsuspecting person will play and win for the first three times, but when he/she places larger amount of cash, it is then lost.

They offer a range of fake service such as job promotions, good health, money problems, finding lost relative and even finding a spouse. They advertise their services in posters and on social media. The service promised are never delivered. 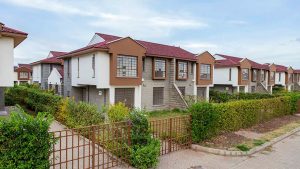