Dennis Itumbi has already edited his social media accounts to reflect the changes. He now describes himself as a pig farmer. [ Photo / Itumbi-Facebook ]

The contracts of five Presidential Strategic Communication Unit (PSCU) directors have been revoked after their positions were declared redundant.

Among those left jobless by the move is Dennis Itumbi, the avid digital influencer, who has been the Senior Director, Communications in charge of digital, innovation and diaspora communication at the PSCU.

The other one is David Nzioka who was part of the directorate of communication (events and branding) in the Presidency.

In a letter copied to the Principal Secretary in the Ministry of Public Service, Public Service Commission (PSC) CEO Simon Rotich said the positions have been abolished as part of efforts to reorganise the government.

“The contracts of the five are terminated in accordance with termination clauses to facilitate the payments of gratuities on pro-rata basis,” he said.

Itumbi has already edited his social media accounts to reflect the changes. On his Twitter account, Itumbi now describes himself as a pig farmer.

The five have been asked to return government properties in their possession including official badges.

It is understood the five individuals have not been reporting to State House for some time now and scrapping their positions marks the end of the reign of so-called State House digital warriors.

SEE >> How to Grow Business Without Taking Loans

“You served the state with passion and commitment in the most difficult period – three elections and ICC,” said Elgeyo Marakwet Senator Kipchumba Murkomen. “With COVID 19, it’s the worst time to lose a job. You are in my prayers. God will provide for you and your families. It is well.”

Itumbi has lately been vouching for Deputy President William Ruto. He is facing criminal charges of falsifying a document “intended to cause anxiety to the general public.”

In the alleged letter, Itumbi had claimed that some members of the Cabinet were planning to assassinate Deputy President William Ruto. The letter claimed that there had been a meeting at Hotel La Mada in Nairobi with the DP as the main agenda. The other team members have been low-profile. 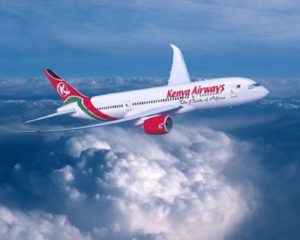 Kenya Airways Cuts Down on Flights to London, Paris over COVID-19 Fears
KQ CEO Allan Kilavuka has agreed to take a pay…