A Kenya Airways plane. The airline has cut down on flights to key destinations.

National Carrier, Kenya Airways on Wednesday announced a reduction in the number of flights to select destinations as the COVID-19 virus continues to rear its ugly head across the world.

In a press dispatch,  the airline confirmed that it has suspended two weekly flights to London- on Tuesdays and Thursdays effective March 19 to April 16.

By the same token, two flights to Paris pencilled in for Mondays and Wednesdays will be frozen effective March 25 to April 26.

The airline noted that teh suspension of these routes will kick in on March 17 but the suspension will lapse on April 30.

Flights to Dubai have been reduced to one per day while flights to Johannesburg have been cut down to two from three.

Perversely, flights to Kigali have been adjusted to one per day from two as Rwanda deals with its own Coronavirus cases.

The airline also stressed that it will keep revising its schedule depending on the situation at hand. The airline is constantly in the loop with authorities and any adjustments will be made to safeguard public health safety.

All customers who had booked flights with the airline will get refunds should they choose to cancel their flights while the option of rescheduling the flights to a later date has been provided.

Chief Executive Allan Kilavuka has agreed to take a 35% pay cut to reduce costs at a time the airline’s business has taken a beating from the suspension of travel to key destinations.

Conversely, board members will also contend doing without their wages and sitting allowances from April 1. 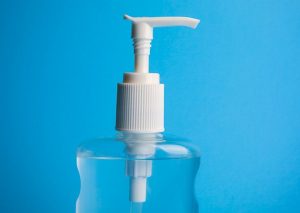