The Consumer Federation of Kenya has filed a notice of appeal against the High Court ruling that declared the bank interest rates capping unconstitutional.

In a statement,  Cofek said the ruling by Justices Tuiyot, Kamau and Ng’etich as delivered on March 14 this year was grossly defective, suspect and one that raises serious integrity questions on the part of Central Bank of Kenya (CBK) and Kenya Bankers Association (KBA).

Cofek further claims the petitioner,  Boniface Oduor, does not represent interest of bank customers but those of CBK and KBA.

Though Justice Francis Tuiyot  and Lady Justices Jackline Kamau and Rachel Ngetich declared sections of the law unconstitutional, it deferred the effect of their ruling for a period of 12 months from the date the decision was made to allow banks and customers time to adjust to the change and also allow MPs to review the law and make amendments as they wish.

“For that reason, the court cannot fault the National Assembly in legislating a provision on interest rate ceiling. In arriving at the decision, the court gives deference to the principle of the presumption of constitutionality of legislation.” The judges found the provisions of sections 33 b (1) and (2) of the Banking Act, which require one to get a licence before engaging in foreign exchange dealings to be vague, imprecise and ambiguous.

“Further, it is public knowledge that both CBK and KBA have had several press conferences and skewed mainstream media commentaries in their bare-knuckled constant attacks on the interest rate capping. To then turn around to sue CBK over the Banking (Amendment) Act, 2016 is to confirm that the suit was not only defective but mischievous. If Mr Oduor was honest, he would have sued the National Assembly, not CBK,” Cofek says.

“Be that as it may, it was also curious that the honourable Judges chose to release to the media details of a ruling that was not ready. Media did not sue. Our conviction is that the ruling has no legs to stand on. It will form a bad precedent in the statutes. It must not be allowed to stay,” it further said.

In any case, Cofek avers, claiming a law is “vague, imprecise, ambiguous and indefinite” is debatable does not invalidate a law as there is no specificity, clarity on how it contravenes any part of the Constitution. In any case, the ruling cannot purport to transfer the legislative powers vested on Parliament, under Article 94, to the CBK.

“It is for this reason that we eagerly await the full ruling to demonstrate that the honourable Judges struggled to arrive at a conclusion that would be difficult to objectively justify. We have been in touch with Hon Jude Njomo, MP for Kiambu, to request that the House adjourns tomorrow, March 19, 2019 to discuss the development as a matter of national importance,” it reveals.

Cofek, through lawyer Henry Kurauka, says the move will affect many Kenyans who may not afford the interest rates to be charged by banks.

“The banks need to be controlled so as to give low income earners the opportunity to take bank loans for their development,” he says.

Read: I beat depression and self harm

“Finally, we confirm that we will contest plans by the Director of Public Prosecutions Noordin Haji to allow for plea taking on the Chief Executive Officers of 5 banks who were involved in the National Youth Service scam. They must be charged,” the consumers lobby added in its statement. 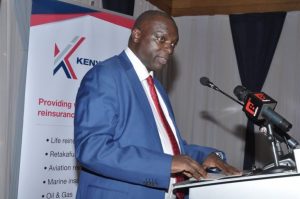