Capital FM and NRG Radio are among several radio and TV stations which had their frequencies revoked and broadcast license offers cancelled by the Communications Authority of Kenya (CA-K) on December 22, 2021.

The Authority stated in a public notice that the affected stations had failed to comply with licensing conditions. CA cited regulatory provisions contained in the Kenya Information and Communications Act, further noting that failure by the listed media firms to comply with the provisions within 30 days would result in shutting down of the associated broadcasting services.

“Take note that the Authority has commenced regulatory actions against the following listed broadcasters and applicants of broadcasting service provision licenses for failure to comply with the relevant requirements as provided for in the Act,” the notice read in part.

While Capital and NRG stood out, the list by CAK includes tens of media companies including community radio stations, institutional broadcasters and church-owned radio stations.

Popular Korogocho-based community radio station Koch FM had its frequency revoked for holding an expired broadcast permit and failing to apply for a valid broadcast license as prescribed by the authority. Qwetu Radio, another popular radio station which focuses on African music and content also features on the list.

CA also cancelled licence offers for 19 applicants who had applied for Commercial Free-to-Air (FTA) television licenses but failed to comply with the provisions within the offer timeline.

The clean-up is the biggest move yet undertaken by CA Director General Ezra Chiloba since he took office. The former Independent Electoral and Boundaries Commission (IEBC) CEO was appointed to head CA in September 2021.

Below is the public notice issued by CA 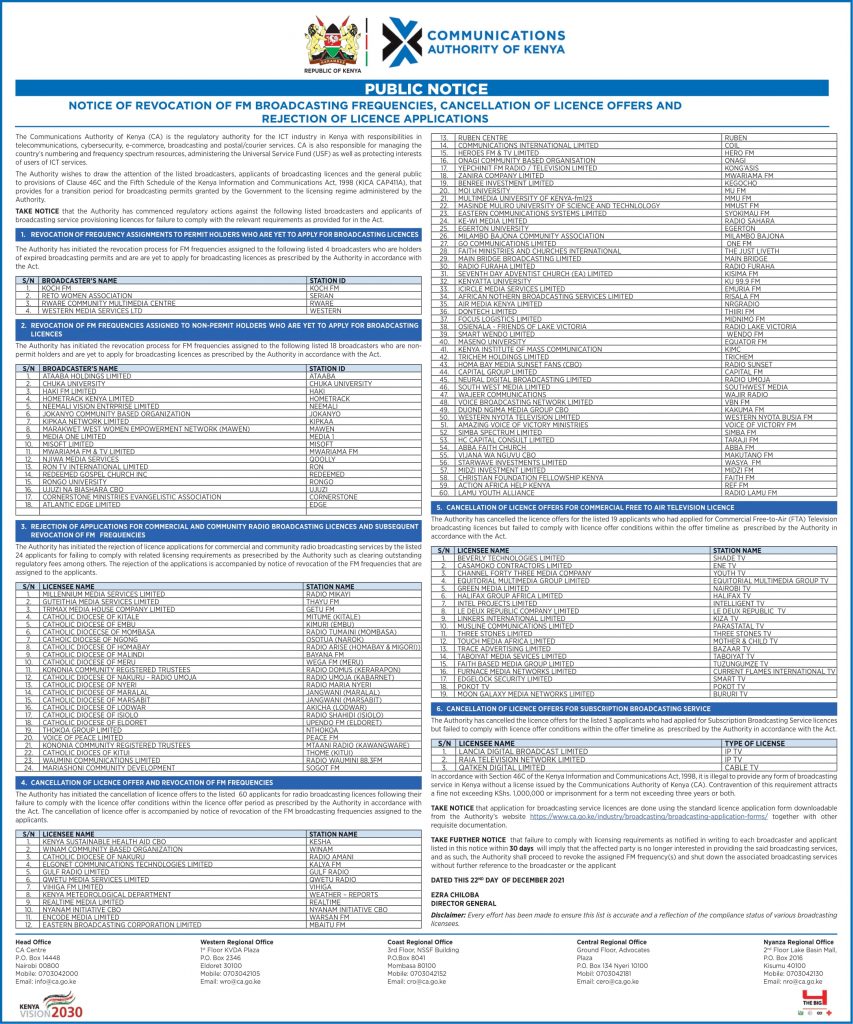