Kenya's Willy Ambaka tackled by Argentinian player in a past Shujaa match. He has bee included in the squad for Dubai and Cape Town sevens. Photo/ Mark Evans - AFP

Last season in the HSBC World sevens series, Kenya’s Shujaa did not give an admirable performance.

The poor run of form was linked to the absence of the team’s big boys who had boycotted training due to an issue with their pay. The team has a chance to redeem itself in the Dubai and Cape Town sevens ahead of next year’s HSBC series.

Head coach Paul Feeney has selected a team that included the big boys as he hopes to salvage the team’s fortunes. The final Shujaa squad for the two events comprises the likes of Willy Ambaka, Johnstone Olindi and Billy Odhiambo who did not play a significant part in the team’s campaign at the HSBC World series.

The effect the veterans bring has already been felt as some of them featured in the Africa Sevens which doubled up as the Olympics qualifier. The team displayed a fairly good performance conceding only four tries in six matches.

Shujaa captain Andrew Amonde, who was had also boycotted training during the HSBC sevens series, said the team will be working to maintain their form at the Dubai and Capetown sevens.

“The important thing is to get it right from the beginning. We have been working hard on our defending because we know that is an area that can win you games. For now, much of our focus is on what can work well for us and the mood in the team is positive,” Amonde said at the RFUEA grounds when the team was announced.

At the Dubai tournament, the Kenyans have been drawn in a tough pool D that has 2017-18 Series winners South Africa, England, as well as Spain. The Shujaa team knows about the quality of their opponents and that they will have to bring their A-game if they are to proceed from the group.

According to the head coach, the team could not have been better and all is well ahead of the three-day tournament in Dubai. Shujaa’s all-time top try scorer Collins Injera will not feature after failing to pass the fitness test despite resuming training following a shoulder injury he picked at last month’s Safari Sevens.

Lack of player motivation was the major cause of Shujaa’s misfortunes in the HSBC World sevens series. This was revealed after former player Dennis Ombachi exposed the union for not treating the players well.

Ombachi who has played in the national rugby team for ten years said that the players have been suffering in silence. Together with Willy Ambaka, the two exposed the poor conditions the team were training under and the low salaries they were getting if any.

The current team has already shown potential by qualifying for the Tokyo 2020 Olympic games. The ball is now on Kenya Rugby Union’s court to motivate the players to keep its form. 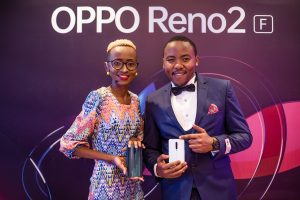