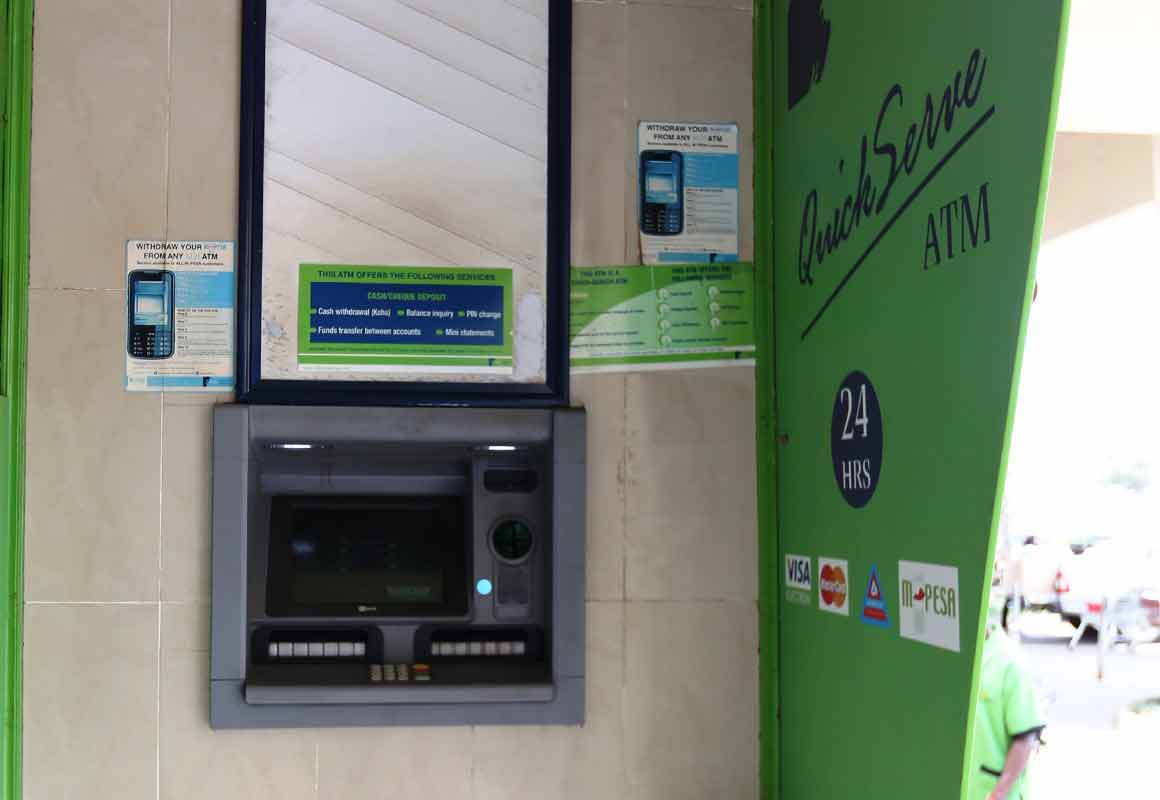 The end of Automated Teller Machines (ATM), the much-loved cash dispensing gadgets, looms in Kenya, with banks gradually withdrawing them from the market.

A number of banks in country are quietly pulling the machines down and asking customers to use mobile phones and agents as they seek to cut costs.

With increased usage of mobile money, it was just a matter of time before the machines that for several years were all-the-rage faced a bleak future.

Kenyans transact on mobile money close to (US$3 billion) a month, the figure having risen over the years.

The huge volumes have made banks to have no choice but link their systems with those of telecoms, which offer mobile money services.

The result is that an increasing number of Kenyans have embraced mobile banking thus staying away from the ATM machines located at shopping malls and market centres.

Further, the introduction of a law to cap interest rates eating into banks’ profit margins has made it almost an urgency for the financial institutions to cut costs.

Besides laying off staff, closing branches and reducing the number of ATM machines, Kenyan banks have embraced agency banking, including by placing agents within their premises.

The strategy to use agents has not only helped banks to cut costs by employing less tellers, they have aided in decongesting their banking halls.There are more than 40,000 bank agents across the country, according to the Central Bank of Kenya.

They carry out basic banking services such as transacting deposits and withdrawals, payment of bills, fund transfers, account and loan application form issuance.

With the rise of agents and mobile banking use, ATMs have little chance of survival in the East African nation, banks have realized.

Equity Bank, Kenya’s biggest bank by customer numbers, on Wednesday acknowledged that ATMs have no future in their new business mode.

The bank announced the closure of 11 ATM lobbies across the country as it shifted customers to alternative channels in a cost-cutting strategy.

“We conducted a survey and found that most customers prefer self-service digital banking and have a higher preference for convenience in payment platforms and access to loans,” said Mwangi.

Other banks have not been as open in terms of divesting from ATMs, but they are closing the machines stationed at malls, their branches and petrol stations, pushing people to mobile banking and agents.

“I am a believer of getting money from the ATM but for the first time, I was forced to use an agent because I found the machine at a mall I go had been blocked.

“It could not take my card, and upon asking the guard, he told me the bank had blocked it and was in the process of removing it from there,” Moses Karimi, a resident of Kitengela on the outskirts of Nairobi said Friday.

Latest data from the Central Bank of Kenya indicated that there are about 2,000 ATMs across the country, down from a peak of 3,000.

The machines have been on fast decline in the last two years, but dropped drastically towards the end of last year and this year.

Central Bank attributed the trend to increased use of mobile technology by banks and their customers.

Henry Wandera, an economics lecturer in Nairobi, noted that in the wake of mobile banking, ATMs have become less appealing as people transact on phone.

“For banks, mobile banking and agents is a less expensive route since with ATMs, they had to install, maintain and feed in cash under tight security.

“All these costs would be pushed to agents, which is a good thing for banks,” he said, adding ATMs may not be in Kenya in the next five years.
.